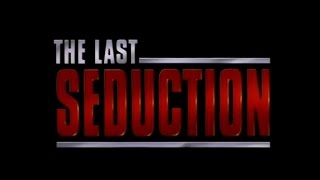 The director of RED ROCK WEST delivers this unusual thriller about a femme fatale who absconds with her husband's drug money. Fiorentino is enchantingly wicked as the cold-blooded beauty who uses men like toys.

Bridget Gregory, a sexy, savvy, hustler swindles husband, Clay, out of $700 grand, which he made from a drug deal, and then runs off to find a new patsy to help cover her tracks -- by murdering Clay.