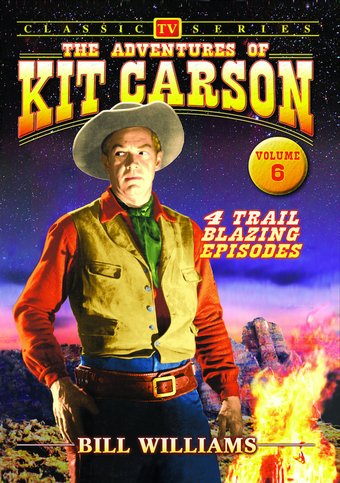 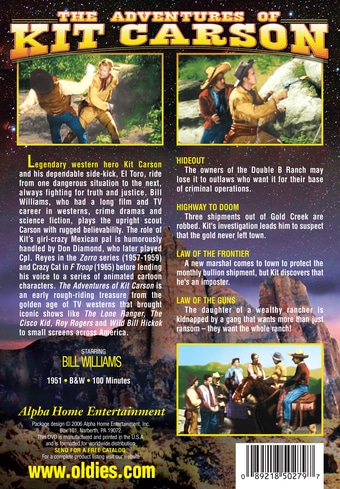 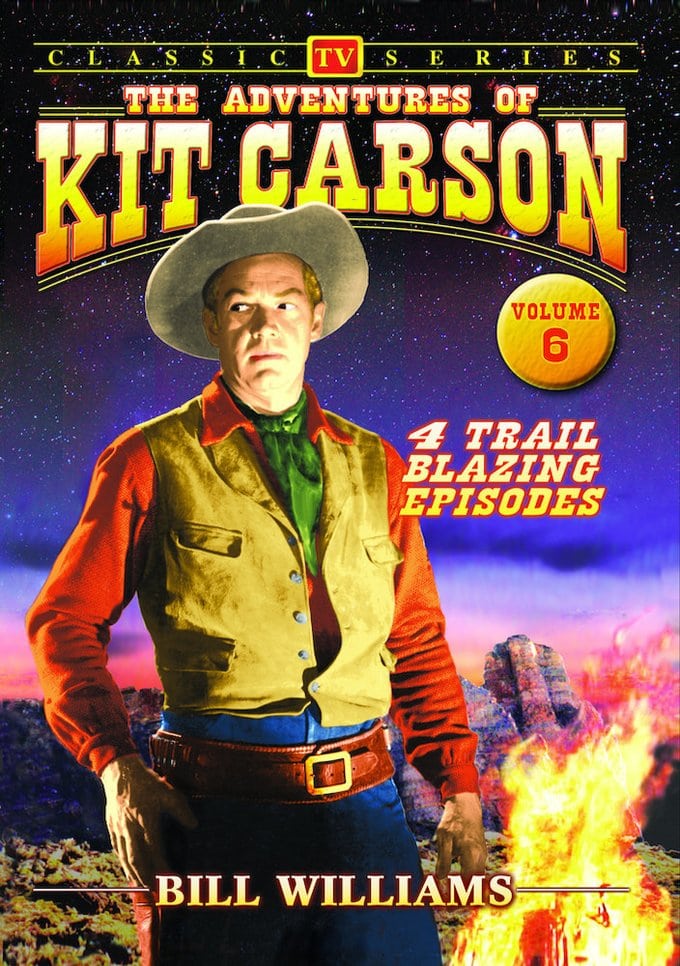 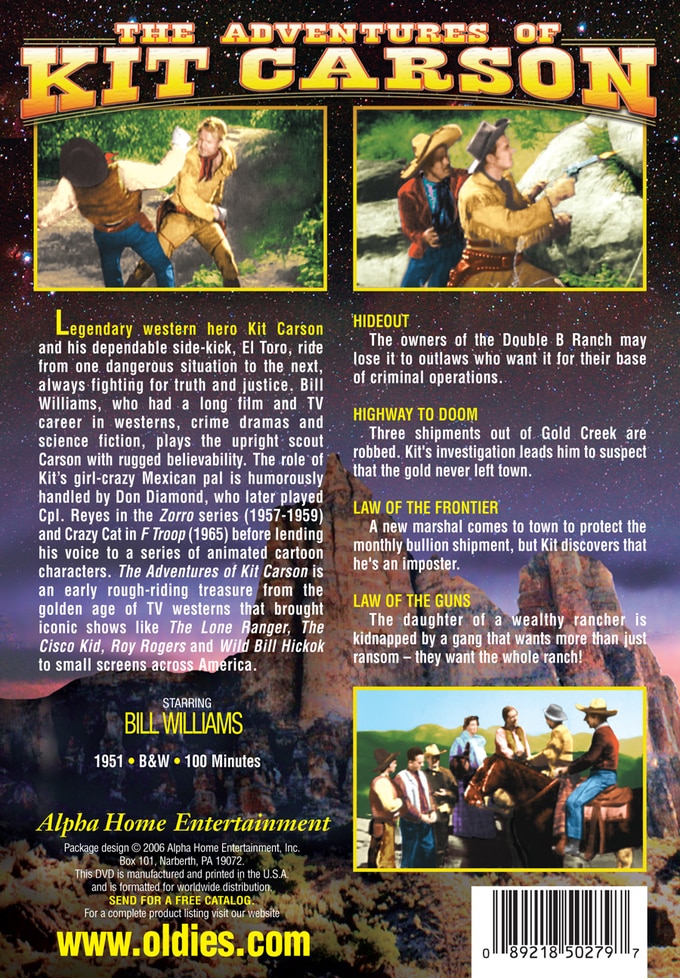 Legendary western hero Kit Carson and his dependable side-kick, El Toro, ride from one dangerous situation to the next, always fighting for truth and justice. Bill Williams, who had a long film and TV career in westerns, crime dramas and science fiction, plays the upright scout Carson with rugged believability. The role of Kit's girl-crazy Mexican pal is humorously handled by Don Diamond, who later played Cpl. Reyes in the "Zorro" series (1957-1959) and Crazy Cat in "F Troop" (1965) before lending his voice to a series of animated cartoon characters. "The Adventures of Kit Carson" is an early rough-riding treasure from the golden age of TV westerns that brought iconic shows like "The Lone Ranger," "The Cisco Kid," "Roy Rogers" and "Wild Bill Hickok" to small screens across America.

Hideout: The owners of the Double B Ranch may lose it to outlaws who want it for their base of criminal operations.

Highway to Doom: Three shipments out of Gold Creek are robbed. Kit's investigation leads him to suspect that the gold never left town.

Law of the Frontier: A new marshal comes to town to protect the monthly bullion shipment, but Kit discovers that he's an imposter.

Law of the Guns: The daughter of a wealthy rancher is kidnapped by a gang that wants more than just ransom - they want the whole ranch!

Customer Rating:
Based on 4 ratings.