She Shoulda Said "No!"

An innocent girl takes a downward spiral after she becomes hooked on marijuana. The unintentional laugh riot is a sister film to "Reefer Madness." 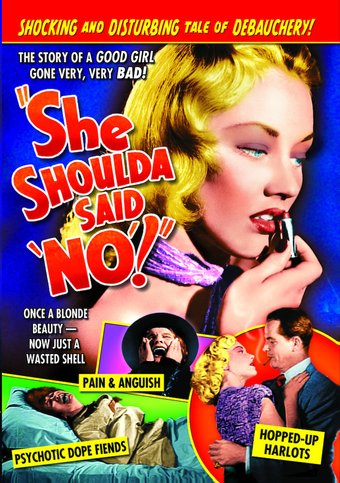 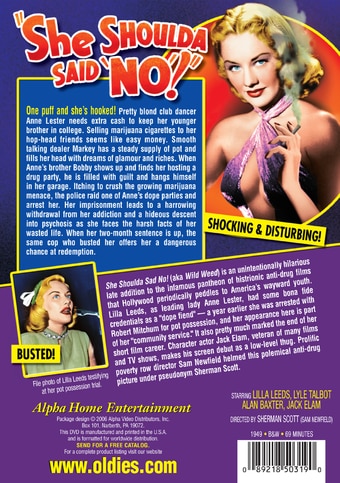 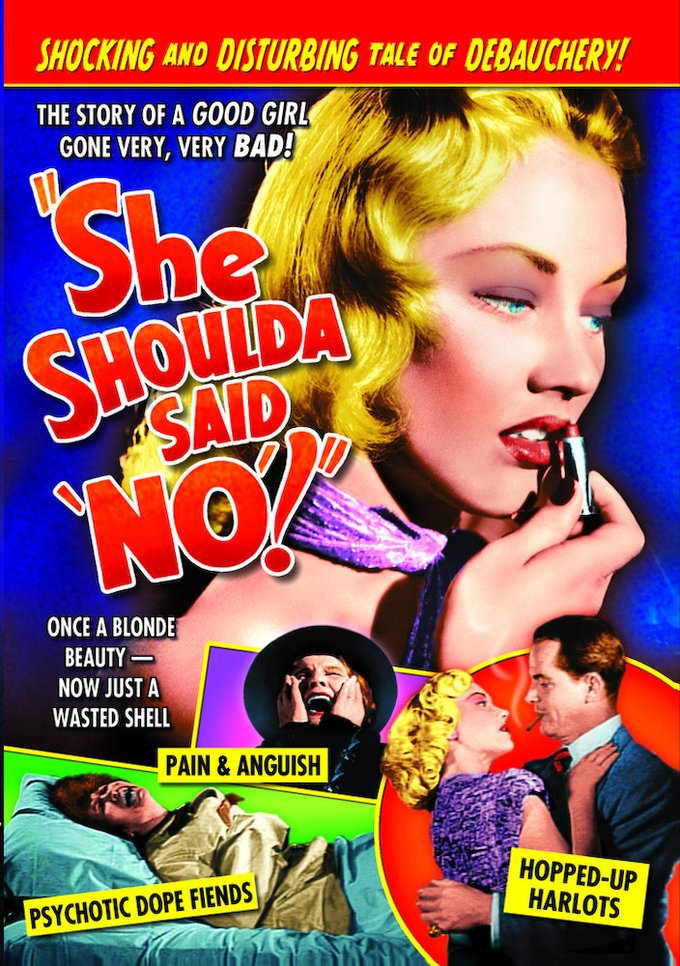 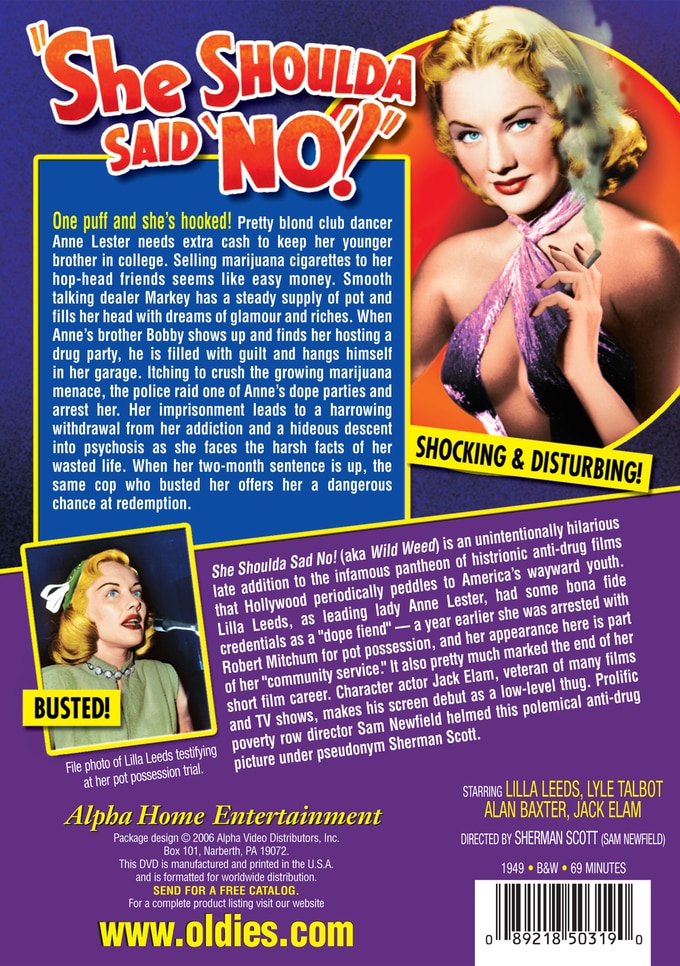 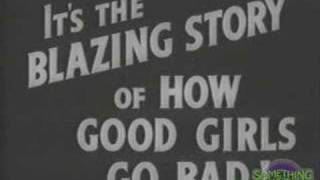 Something Weird She Shoulda Said No (Trailer)

One puff and she's hooked! Pretty blond club dancer Anne Lester needs extra cash to keep her younger brother in college. Selling marijuana cigarettes to her hop-head friends seems like easy money. Smooth talking dealer Markey has a steady supply of pot and fills her head with dreams of glamour and riches. When Anne's brother Bobby shows up and finds her hosting a drug party, he is filled with guilt and hangs himself in her garage. Itching to crush the growing marijuana menace, the police raid one of Anne's dope parties and arrest her. Her imprisonment leads to a harrowing withdrawal from her addiction and a hideous descent into psychosis as she faces the harsh facts of her wasted life. When her two-month sentence is up, the same cop who busted her offers her a dangerous chance at redemption.

She Shoulda Said No! (aka Wild Weed) is an unintentionally hilarious late addition to the infamous pantheon of histrionic anti-drug films that Hollywood periodically peddles to America's wayward youth. Lilla Leeds, as leading lady Anne Lester, had some bona fide credentials as a "dope fiend" - a year earlier she was arrested with Robert Mitchum for pot possession, and her appearance here is part of her "community service." It also pretty much marked the end of her short film career. Character actor Jack Elam, veteran of many films and TV shows, makes his screen debut as a low-level thug. Prolific poverty row director Sam Newfield helmed this polemical anti-drug picture under pseudonym Sherman Scott.

After being imprisoned for smoking marijuana with Robert Mitchum, Miss Leeds made this silly anti-pot movie to clear her name for the public. A.K.A. "Wild Weed."