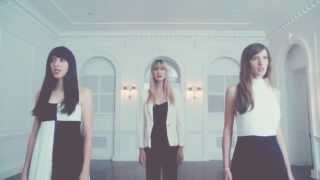 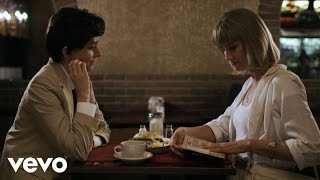 Q (Magazine) - p.102
3 stars out of 5 -- "[T]he nocturnal atmosphere of opener 'More Than' and 'We Both Know''s saturnine piano chords offer a novel contrast to crisp synth-pop such as 'Somebody Who'..."

After taking a very long break after their last album, Still Night, Still Light, the trio of singing keyboardists who make up Au Revoir Simone returned in 2013 with maybe their best record yet, Move in Spectrums. It's certainly their most sophisticated and most arranged work. Co-produced by the trio and the Violens' Jorge Elbrecht, the sound is huge and every corner of the mix is loaded with sound. The keyboards (both vintage and newer sounding) are richly woven together, the vocals are pushed to the front of the mix, and the drums aren't cheap-sounding anymore. It's a pretty big change that could have swamped some of the things that made their previous albums so lovely -- the gentle melancholy of the songs and their voices most of all, but also the sense that they were more a tight-knit group of friends who loved to play music together instead of just another band making records to further their career. Luckily, the album is still about as melancholy as one can stand and their voices have the same thoughtful tenderness as before. The break from being a band seems to have given them a chance to save up some really good songs and the album flows from one impressively crafted song to the next. Some of them are sad, hooky, and quick ("More Than," "Crazy"), a couple have a little bit of laid-back (sad) disco in their DNA ("Just Like a Tree," "Somebody Who"), some are slow, sad, and dramatic in a hushed way ("Love You Don't Know Me," "We Both Know"), and one song sounds like a showstopper from a John Hughes movie ("Gravitron.") It's a fine mix of songs that makes for a rich and rewarding listen. Yes, it does sound more like Au Revoir Simone is a real band now and less like a vintage synth club, but it's a trade-off that's worth it thanks to just how good the record sounds. And how deeply the emotions the trio quietly unleash sink in. Lots of bands take time off, then come back and generally make a huge mess of things. Au Revoir Simone came back to show their contemporaries a thing or two about being a great synth pop band. ~ Tim Sendra