You'll Believe a Man Can Fly! 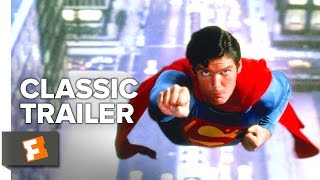 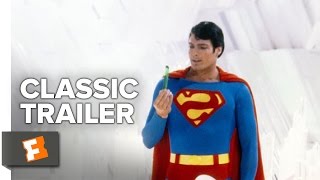 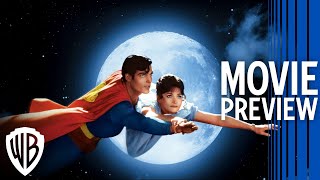 The Superman myth is well told, from his birth on the doomed planet Krypton to his childhood in a small Kansas town and beyond, in Richard Donner's blockbuster. After he comes of age, young Clark Kent, as his Earth parents have named him, learns the truth of his alien birth on a voyage of discovery to the Arctic. It is there that he learns--through a link to his long-dead birth parents--of his superhuman abilities and his responsibility to preserve and protect "truth, justice and the American Way." Once he adjusts to life in the big city, Metropolis, he discovers that hiding his superpowers as mild-mannered reporter Clark Kent (Christopher Reeve) isn't easy as he flirts with hard-nosed Lois Lane (Margot Kidder) and battles supervillain Lex Luthor (Gene Hackman). The film's all-star cast includes Jackie Cooper, Marlon Brando, Ned Beatty, Glenn Ford, Terence Stamp, and Valerie Perrine, among others, all camping it up wonderfully.

This star-packed extravaganza brings the comic book legend to the screen in grand style. It begins with Superman's scientist dad sending the infant superhero down to Earth just as the home planet, Krypton, explodes into a zillion pieces. Taking up permanent residence on Earth, the young Superman grows up into supernormal reporter Clark Kent, wooing winsome colleague Lois Lane and keeping his true identity hidden from the world. But when three villains come up with a dastardly real estate scheme that involves shoving California into the ocean, Clark Kent decides it's time to don his cape and fight the forces of evil.