Q: 3 stars out of 5 - "[The album] came to define the jazz-funk era with its hypnotic, spiritually inclined title track."

Get email alerts for Lonnie Liston Smith
Currently Out of Stock: We'll get more as soon as possible
Notify Me When Available
Add to Wishlist
Format:  CD
sku:  3753X
Related products:
Lonnie Liston Smith: Dreams of Tomorrow / Silhouettes for $5.98
Idris Muhammad: Power of Soul for $6.97
Our customers love us! 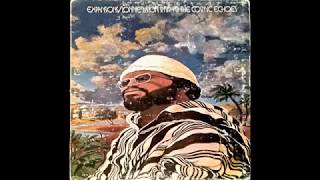 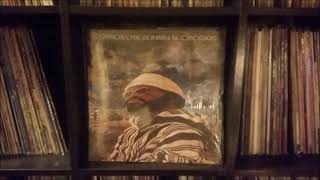 Full performer name: Lonnie Liston Smith & The Cosmic Echoes.
Personnel: Lonnie Liston Smith (piano, electric piano, keyboards); Donald Smith (vocals, flute); David Hubbard (soprano & tenor saxophones, alto flute); Michael Carvin (Clavinet, percussion); Cecil McBee (bass); Art Gore (drums); Lawrence Killian (congas, percussion); Leopoldo Fleming (bongos, percussion).
Includes liner notes by Nat Hentoff.
All songs written or co-written by Lonnie Liston Smith except "Peace" (Horace Silver/Doug Carn).
Audio Mixers: Dave Wittman; Lonnie Liston Smith; Bob Thiele.
Liner Note Author: Dean Rudland.
Recording information: 11/25/1974-11/26/1974.
When Lonnie Liston Smith left the Miles Davis band in 1974 for a solo career, he was, like so many of his fellow alumni, embarking on a musical odyssey. For a committed fusioneer, he had no idea at the time that he was about to enter an abyss that it would take him the better part of two decades to return from. Looking back upon his catalog from the period, this is the only record that stands out -- not only from his own work, but also from every sense of the word: It is fully a jazz album, and a completely funky soul-jazz disc as well. Of the seven compositions here, six are by Smith, and the lone cover is of the Horace Silver classic, "Peace." The lineup includes bassist Cecil McBee, soprano saxophonist David Hubbard, tenor saxophonist Donald Smith (who doubles on flute), drummer Art Gore, and percussionists Lawrence Killian, Michael Carvin, and Leopoldo. Smith plays both piano and electric keyboards and keeps his compositions on the jazzy side -- breezy, open, and full of groove playing that occasionally falls over to the funk side of the fence. It's obvious, on this album at least, that Smith was not completely comfortable with Miles' reliance on hard rock in his own mix. Summery and loose in feel, airy and free with its in-the-cut beats and stellar piano fills, Expansions prefigures a number of the "smooth jazz" greats here, without the studio slickness and turgid lack of imagination. The disc opens with the title track, with one of two vocals on the LP by Donald Smith (the other is the Silver tune). It's typical "peace and love and we've got to work together" stuff from the mid-'70s, but it's rendered soulfully and deeply without artifice. "Desert Nights" takes a loose Detroit jazz piano groove and layers flute and percussion over the top, making it irresistibly sensual and silky. It's fleshed out to the bursting point with Smith's piano; he plays a lush solo for the bridge and fills it to the brim with luxuriant tones from the middle register. "Summer Days" and "Voodoo Woman" are where the electric keyboards make their first appearance, but only as instruments capable of carrying the groove to the melody quickly, unobtrusively, and with a slinky grace that is infectious. The mixed bag/light-handed approach suits Smith so well here that it's a wonder he tried to hammer home the funk and disco on later releases so relentlessly. The music on Expansions is timeless soul-jazz, perfect in every era. Of all the fusion records of this type released in the mid-'70s, Expansions provided smoother jazzers and electronica's sampling wizards with more material that Smith could ever have anticipated. ~ Thom Jurek