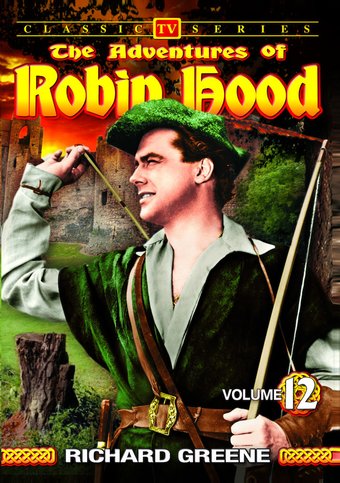 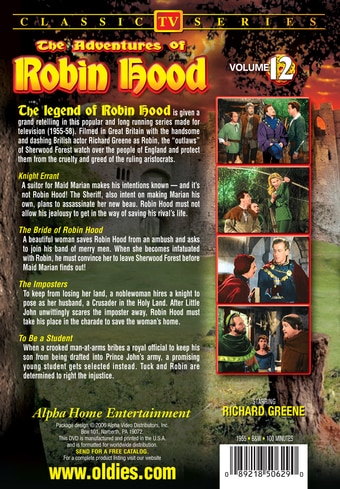 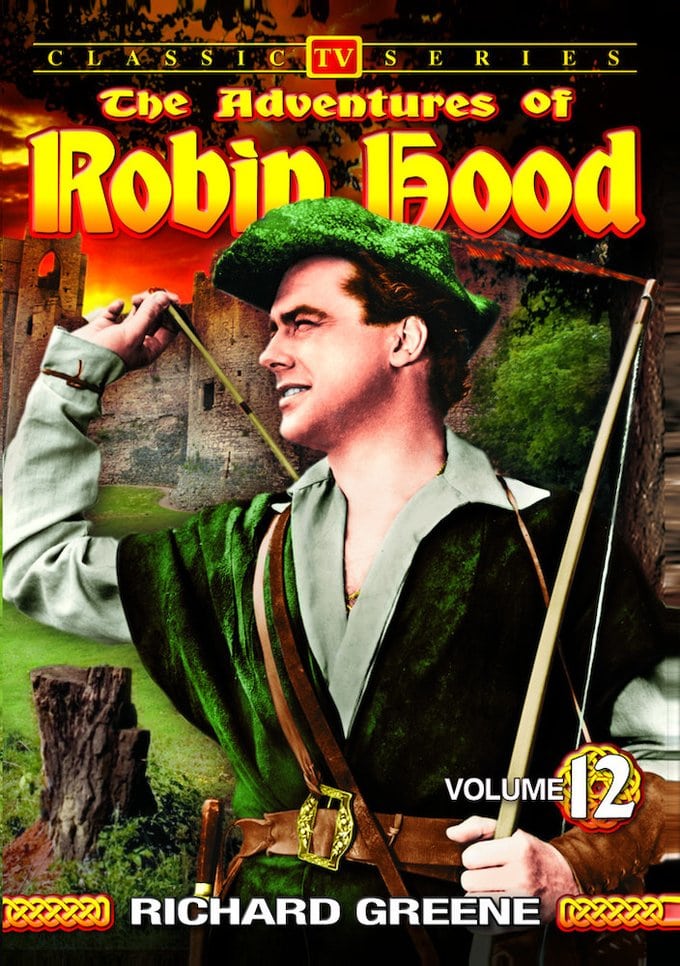 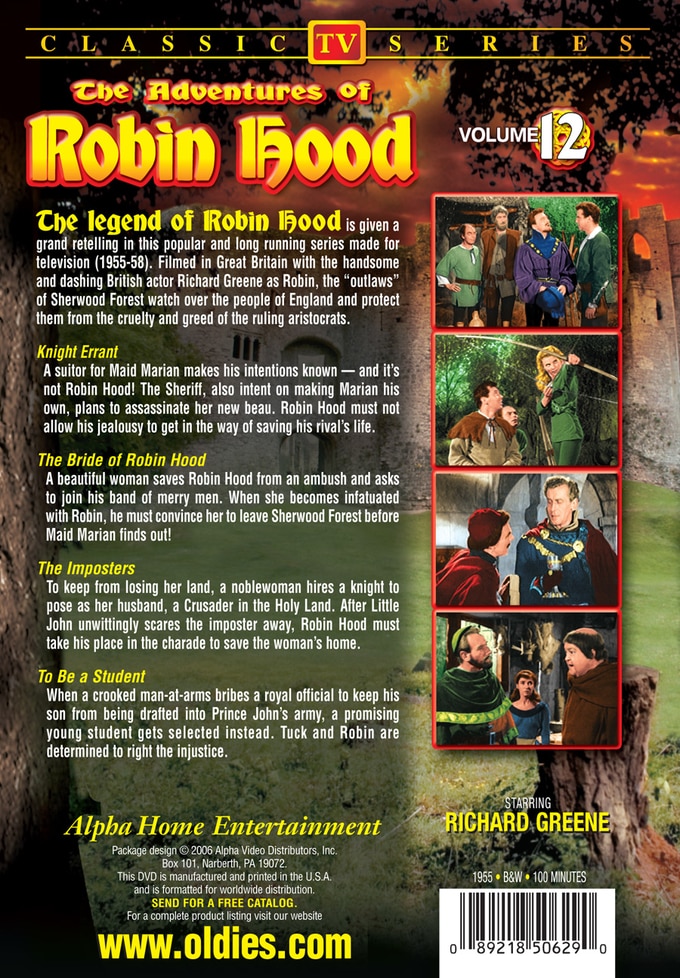 The legend of Robin Hood is given a grand retelling in this popular and long running series made for television (1955-58). Filmed in Great Britain with the handsome and dashing British actor Richard Greene as Robin, the "outlaws" of Sherwood Forest watch over the people of England and protect them from the cruelty and greed of the ruling aristocrats.

Knight Errant: A suitor for Maid Marian makes his intentions known - and it's not Robin Hood! The Sheriff, also intent on making Marian his own, plans to assassinate her new beau. Robin Hood must not allow his jealousy to get in the way of saving his rival's life.

The Bride of Robin Hood: A beautiful woman saves Robin Hood from an ambush and asks to join his band of merry men. When she becomes infatuated with Robin, he must convince her to leave Sherwood Forest before Maid Marian finds out!

The Imposters: To keep from losing her land, a noblewoman hires a knight to pose as her husband, a Crusader in the Holy Land. After Little John unwittingly scares the imposter away, Robin Hood must take his place in the charade to save the woman's home.

To Be a Student: When a crooked man-at-arms bribes a royal official to keep his son from being drafted into Prince John's army, a promising young student gets selected instead. Tuck and Robin are determined to right the injustice.

While trying to outwit Prince John and the Sheriff of Nottingham, Robin Hood and his merry men rob from the rich to give to the poor in this 1950s British television series. Richard Greene played Robin as an upbeat and expansive fellow, with a small repertory troupe playing different supporting roles. This collection presents four episodes from the show: "Knight Errant," "The Bride of Robin Hood," "The Imposters," and "To Be a Student."