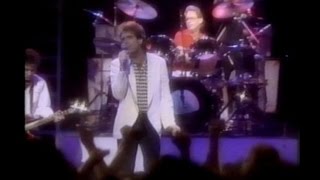 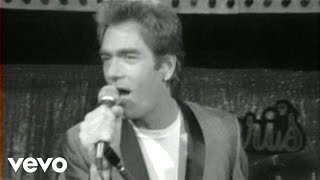 Huey Lewis & The News: Huey Lewis (vocals, harmonica); Johnny Colla (guitar, saxophone, background vocals); Chris Hayes (guitar, background vocals); Sean Hopper (keyboards, background vocals); Mario Cipollina (bass); Bill Gibson (drums, percussion, background vocals).
Additional personnel: John McFee (pedal steel guitar).
Producer: Huey Lewis & The News.
Reissue producer: Kevin Flaherty.
Recorded at Fantasy Studios, Berkeley, California; The Plant Studios, Sausalito, California; live in San Francisco, California on February 21, 1985; live on TV Rock Palace, Los Angeles, California on January 15, 1984.
Digitally remastered using 20-bit technology by Bob Norberg (Capitol Mastering).
This is part of EMI's Expanded Editions series.
Personnel: Huey Lewis (vocals, harmonica); Johnny Colla (vocals, guitar, saxophone); Chris Hayes (vocals, guitar); Sean Hopper (vocals, keyboards); Bill Gibson (vocals, drums, percussion); John McFee (pedal steel guitar); Mario Cipollina (bass).
Recorded at Fantasy Studios, Berkeley, California and The Plant Studios, Sausalito, California.
Liner Note Author: Gary Graff.
Recording information: Fantasy Studios, Berkeley, CA; The Atomatt, San Francisco, CA; The Plant Studios, Sausalito, CA.
Photographer: Bennett Hall.
Picture This found Huey Lewis and the News developing a signature sound, but they truly came into their own on their third album, Sports. It's true that the record holds together better than its predecessors because it has a clear, professional production, but the real key is the songs. Where their previous albums were cluttered with generic filler, nearly every song on Sports has a huge hook. And even if the News aren't bothered by breaking new ground, there's no denying that the craftmanship on Sports is pretty infectious. There's a reason why well over half of the album ("The Heart of Rock & Roll," "Heart and Soul," "I Want a New Drug," "Walking on a Thin Line," "If This Is It") were huge American hit singles -- they have instantly memorable hooks, driven home with economical precision by a tight bar band, who are given just enough polish to make them sound like superstars. And that's just what Sports made them.
[For the 30th Anniversary of Sports, the 1983 blockbuster that turned Huey Lewis & The News into superstars, the albums was given a sparkling new remaster and expanded into a 2-disc set containing a second CD comprised entirely of live versions of the album's nine songs. Not all of these nine songs date from the supporting tour for Sports. As a matter fact, only "Walking On A Thin Line"-here introduced with "this is another one off the new record," a phrase that often sends audience rushing to the nearest beerstand-dates from 1983, with the vast majority dating from 1987-1989, when the band was recording and promoting Small World, the 1988 album that brought their hit streak to a close. Two other cuts come from the Fore! era -- "If This is It" was cut in 986, "Bad Is Bad" is from 1987-and on these, like the Small World performances, are precise, professional and a bit too polished, the sound of arena rockers, not a bar band. Remarkably, the two songs cut in 2012-presumably because neither song were performed live in the '80s-do indeed showcase Huey Lewis & The News at their raucous, barroom best. They tear through "You Crack Me Up" and, best of all, they bring in former Clover guitarist John McFee to play steel on a rowdy "Honky Tonk Blues." Long the weak link on the LP, here on this deluxe edition this Hank Williams cover is a standout, capturing all the good humor and joy of Huey Lewis & The News at their best and it's something of a small wonder that they still sound so good 30 years after their commercial peak.] ~ Stephen Thomas Erlewine