Captain Tempest, an ex-pirate, now works for the Crown scouring the seas for villainous pillagers in four (more) classic episodes. 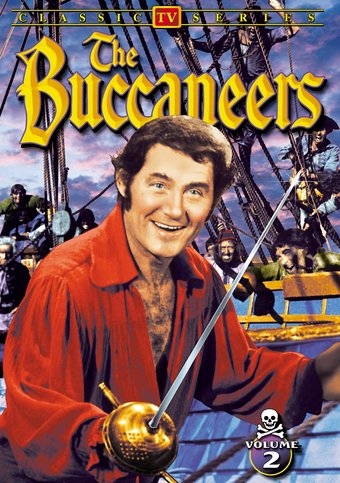 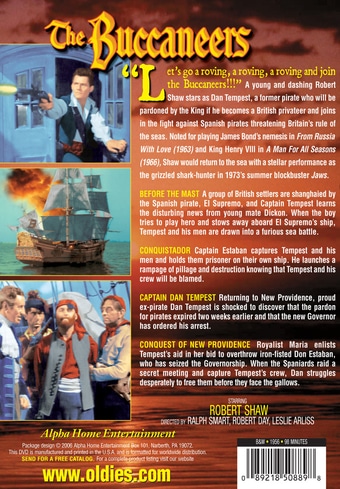 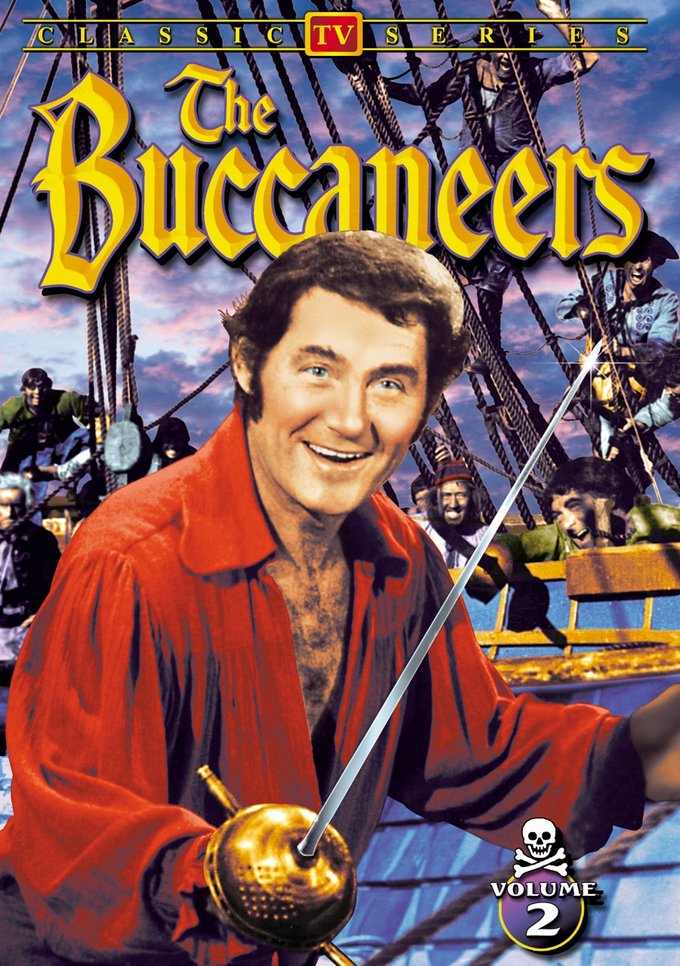 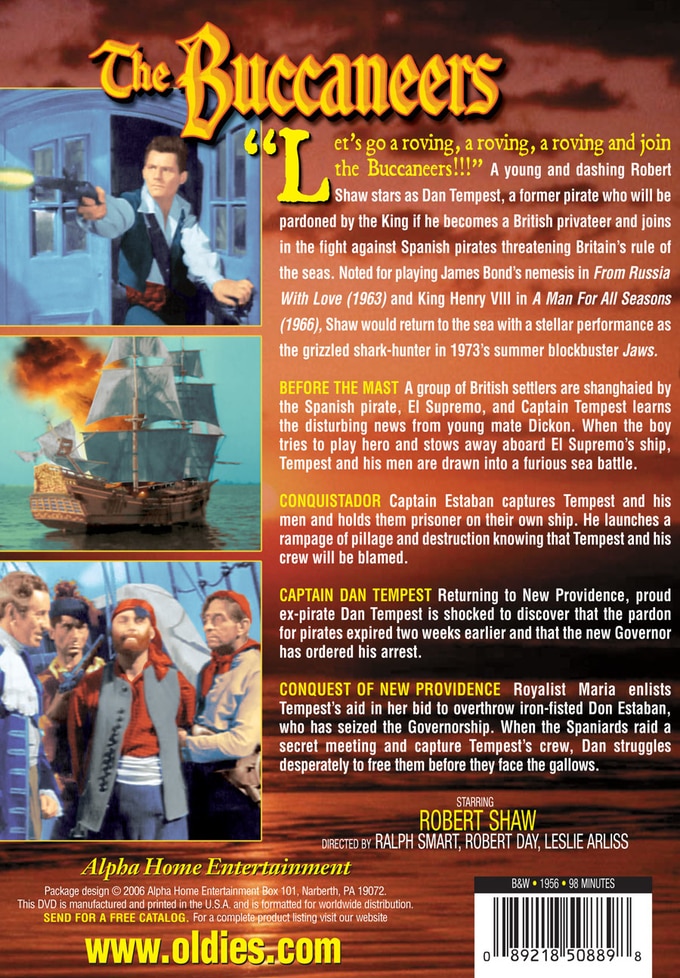 "Let's go a roving, a roving, a roving and join the Buccaneers!!!" A young and dashing Robert Shaw stars as Dan Tempest, a former pirate who will be pardoned by the King if he becomes a British privateer and joins in the fight against Spanish pirates threatening Britain's rule of the seas. Noted for playing James Bond's nemesis in From Russia With Love (1963) and King Henry VIII in A Man For All Seasons (1966), Shaw would return to the sea with a stellar performance as the grizzled shark-hunter in 1975's summer blockbuster Jaws.

Before The Mast: A group of British settlers are shanghaied by the Spanish pirate, El Supremo, and Captain Tempest learns the disturbing news from young mate Dickon. When the boy tries to play hero and stows away aboard El Supremo's ship, Tempest and his men are drawn into a furious sea battle.

Conquistador: Captain Estaban captures Tempest and his men and holds them prisoner on their own ship. He launches a rampage of pillage and destruction knowing that Tempest and his crew will be blamed.

Captain Dan Tempest: Returning to New Providence, proud ex-pirate Dan Tempest is shocked to discover that the pardon for pirates expired two weeks earlier and that the new Governor has ordered his arrest.

Conquest Of New Providence: Royalist Maria enlists Tempest's aid in her bid to overthrow iron-fisted Don Estaban, who has seized the Governorship. When the Spaniards raid a secret meeting and capture Tempest's crew, Dan struggles desperately to free them before they face the gallows.

Band of Brothers
$37
Add to Cart