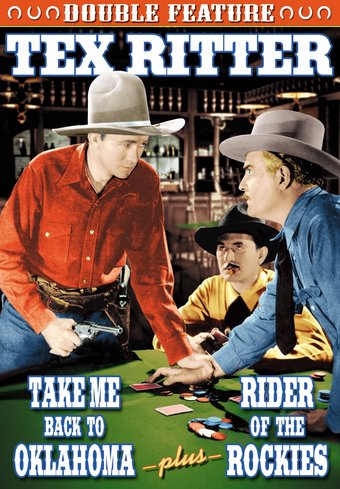 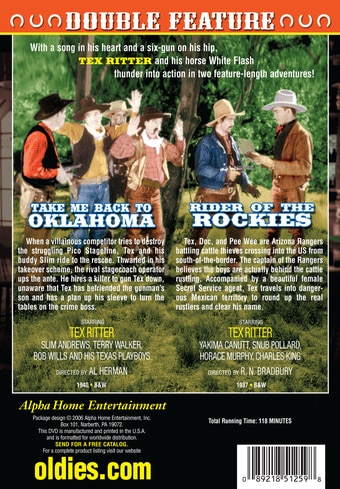 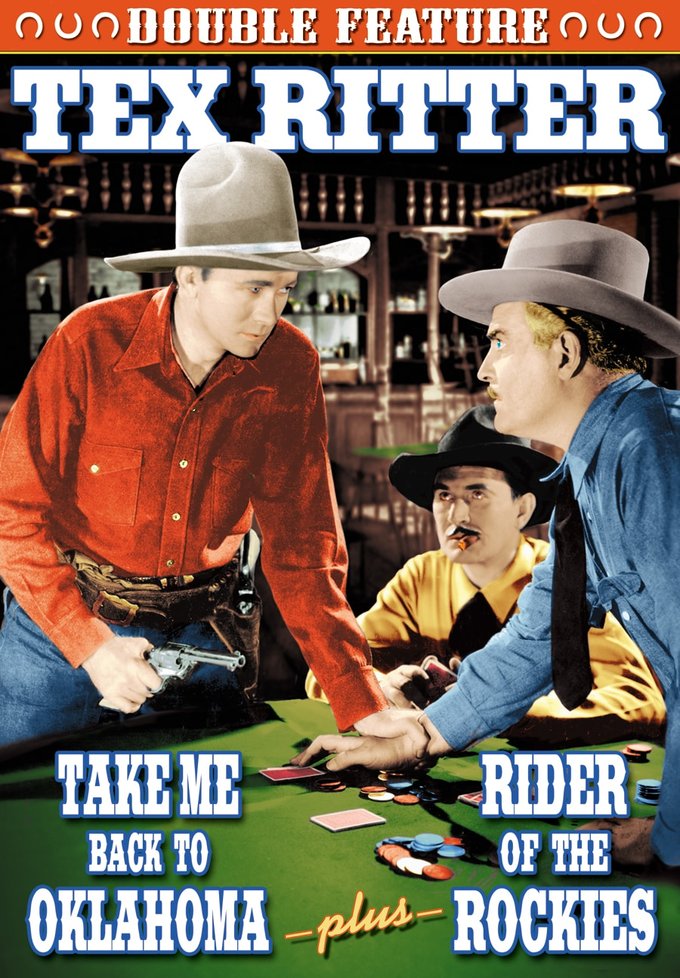 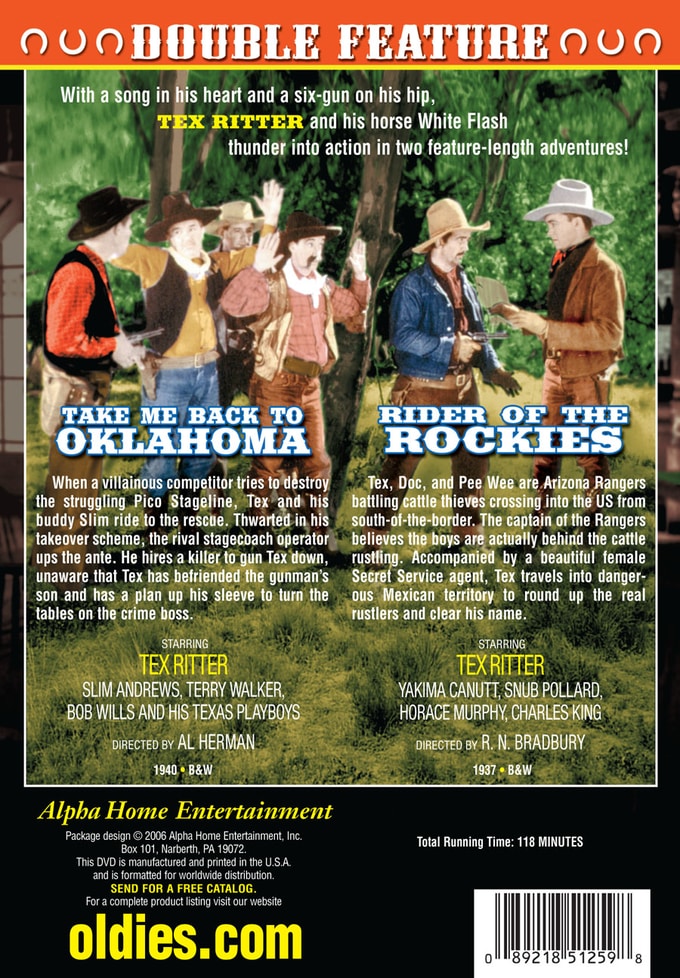 With a song in his heart and a six-gun on his hip, Tex Ritter and his horse White Flash thunder into action in two feature-length adventures!

Take Me Back To Oklahoma (1940, B&W): When a villainous competitor tries to destroy the struggling Pico Stageline, Tex and his buddy Slim ride to the rescue. Thwarted in his takeover scheme, the rival stagecoach operator ups the ante. He hires a killer to gun Tex down, unaware that Tex has befriended the gunman's son and has a plan up his sleeve to turn the tables on the crime boss. Starring Tex Ritter, Slim Andrews, Terry Walker, Bob Wills and his Texas Playboys; Directed by Al Herman.

Rider Of The Rockies (1937, B&W): Tex, Doc, and Pee Wee are Arizona Rangers battling cattle thieves crossing into the US from south-of-the-border. The captain of the Rangers believes the boys are actually behind the cattle rustling. Accompanied by a beautiful female Secret Service agent, Tex travels into dangerous Mexican territory to round up the real rustlers and clear his name. Starring Tex Ritter, Yakima Canutt, Snub Pollard, Horace Murphy and Charles King; Directed by R. N. Bradbury/

TAKE ME BACK TO OKLAHOMA: Cowboy great Tex Ritter stars in the Western classic where a beautiful stagecoach owner is being harassed by a group of outlaws. Tex sings his way into action as he saves the young lady from being driven out of business.

RIDER OF THE ROCKIES: Tex Ritter joins forces with the Arizona Rangers to apprehend some cattle rustlers, but leaves them behind when his friends are framed for the crime.