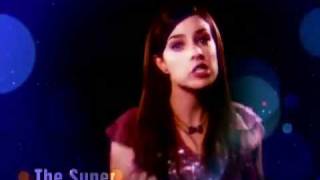 A vivacious teen-punkette and her homely fourteen-year-old cousin/lyricist win an amateur talent contest through luck, pluck and the aid of a local celebrity VJ in this endearing and ebullient Australian rock musical. Jo Kennedy gives a winning performance and has the vocal chops to match in this great, oft-forgotten effort from director Gillian Armstrong (THE LAST DAYS OF CHEZ NOUS, MY BRILLIANT CAREER). Also featuring early MTV staples The Swingers and a strong soundtrack of memorable, original songs.

Fourteen year old Angus Mullens dreams of stardom for his new wave cousin, Jackie, and he'll do whatever it takes to get her there. When he hears of a big-time talent contest on prime time Aussie TV, getting her on the show becomes his only goal. The prize money would really come in handy too -- since his family's business is about to go bankrupt. But just as Angus is about to taste success, his plans start to backfire... if only he can come up with a new, larger-than-life stunt to save the day.