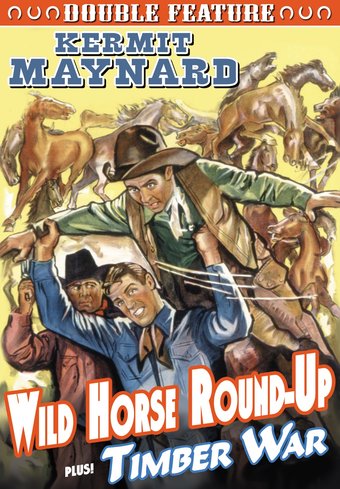 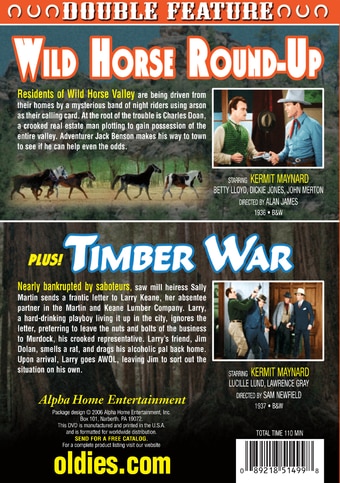 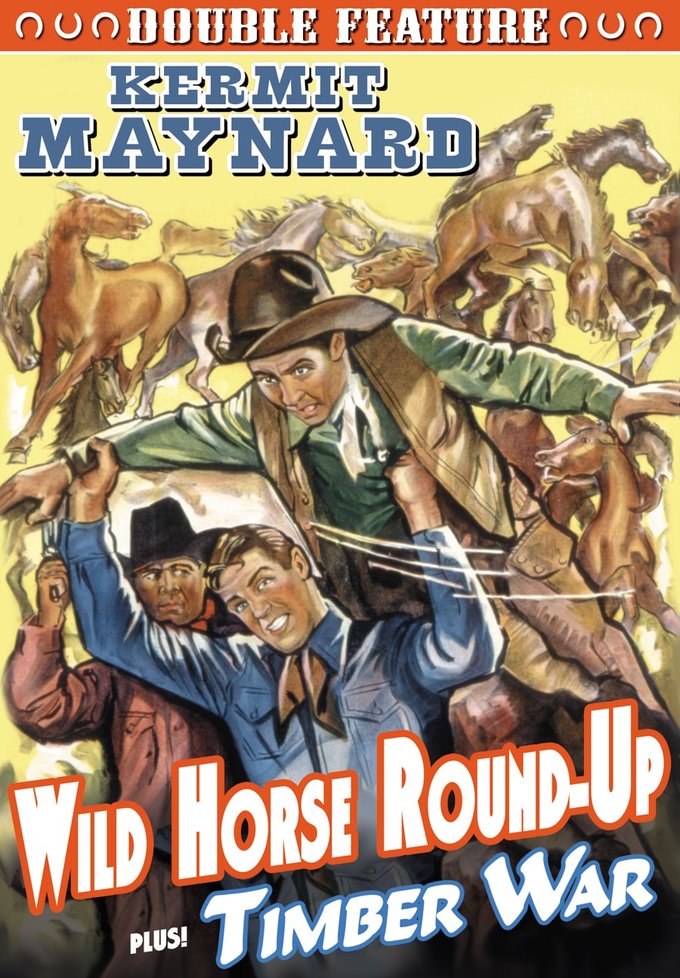 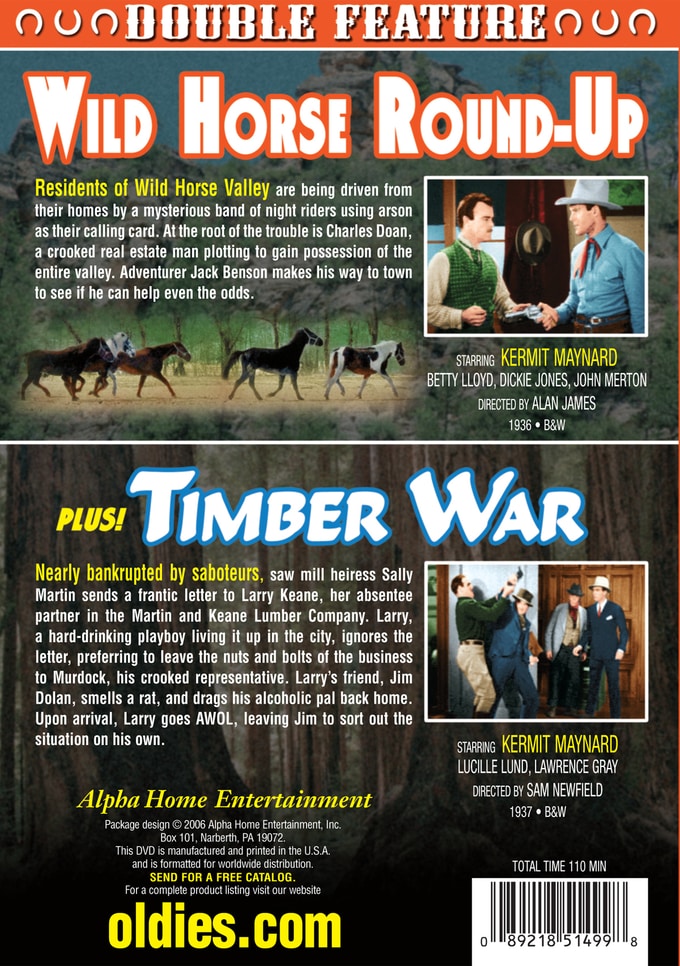 Wild Horse Round-Up (1936, B&W): Residents of Wild Horse Valley are being driven from their homes by a mysterious band of night riders using arson as their calling card. At the root of the trouble is Charles Doan, a crooked real estate man plotting to gain possession of the entire valley. Adventurer Jack Benson makes his way to town to see if he can help even the odds. Starring Kermit Maynard, Betty Lloyd, Dickie Jones and John Merton; Directed by Alan James.

Timber War (1937, B&W): Nearly bankrupted by saboteurs, saw mill heiress Sally Martin sends a frantic letter to Larry Keane, her absentee partner in the Martin and Keane Lumber Company. Larry, a hard-drinking playboy living it up in the city, ignores the letter, preferring to leave the nuts and bolts of the business to Murdock, his crooked representative. Larry's friend, Jim Dolan, smells a rat, and drags his alcoholic pal back home. Upon arrival, Larry goes AWOL, leaving Jim to sort out the situation on his own. Starring Kermit Maynard, Lucille Lund, Lawrence Gray; Directed by Sam Newfield.

Adventure
This product is made-on-demand by the manufacturer using DVD-R recordable media. Almost all DVD players can play DVD-Rs (except for some older models made before 2000) - please consult your owner's manual for formats compatible with your player. These DVD-Rs may not play on all computers or DVD player/recorders. To address this, the manufacturer recommends viewing this product on a DVD player that does not have recording capability.