Mark Knopfler Down the Road Wherever 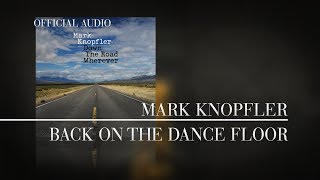 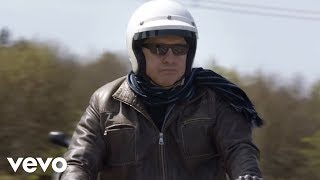 Rolling Stone
3 stars out of 5 -- "[A] dependable collection of Irish blues and laidback roots rock. The album's material ranges from languid lullabys like 'My Bacon Roll' and 'Floating Away' to the upbeat blues funk of 'Back on the Dancefloor' and 'Nobody Does That.'"

Personnel: Mark Knopfler (guitar); Guy Fletcher , Jim Cox (keyboards); Glenn Worf (upright bass, electric bass); Ian Thomas (drums); Danny Cummings (percussion).
Recording information: British Grove Studios, London.
Photographer: Henrik Hansen.
Nine albums into a remarkably consistent post-Dire Straits solo career, Mark Knopfler has little to prove aside from living up to his own high standards. That's not to say he's incapable of surprises or the occasional left turn, but the general trajectory of his non-soundtrack output as far back as 2004's Shangri-La has continued to cut a pleasingly familiar groove that fuses his myriad preferences (country, jazz, blues, pub rock, folk, Celtic) into the distinctive brand of understated English roots rock that has become his bailiwick. A single elegantly muted guitar squall or dry vocal phrase is usually all it takes to recognize the author and yet, Knopfler has never been one to coast on his reputation, diligently putting in the work and honing each of his songs into their essential form. Such is the case with Down the Road Wherever, a classic Knopfler grab-bag that essentially picks up where 2015's Tracker left off. A wide-ranging mix of reflective autobiographical fare and warm, eclectic storytelling, it runs the gamut from tales of a footloose football fan strolling through enemy territory (the bluesy "Just a Boy Away from Home") and a wayward bar musician hitchhiking on Christmas Day (the spare solo acoustic cut "Matchstick Man") to a pair of deeply personal and elegant piano-led jazz ballads in "When You Leave" and the smoky "Slow Learner." Well-crafted midtempo rockers like "Good on You Son" and "Back on the Dance Floor" hit that deep pocket of hooky melodicism, nimble unhurried fretwork, and half-drawled cool that is one of Knopfler's specialties. A somewhat lengthy collection, the album does tend to drag a little in its second half and while there are no outright duds, a bit of editing might have turned a strong 14-track outing into an excellent ten or 12-track one. Still, the fact that Knopfler is writing and recording at such a high level of quality at this stage in his career makes each release something to celebrate. ~ Timothy Monger

85%off
Silence Is Golden 2: Hits from Original Chilled
$4.98 on Sale
Out of Stock
Save for Later