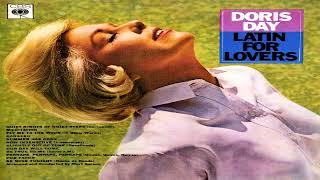 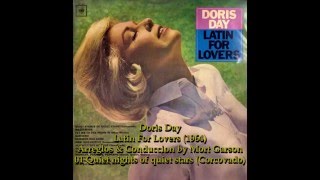 Personnel: Doris Day (vocals).
Liner Note Author: George Barnes.
Arranger: Mort Garson.
In the wake of the Stan Getz albums Jazz Samba (1962) and especially Getz/Gilberto (1964), Brazilian bossa nova was all the rage with the jazz-pop set of the early and mid-'60s, and many pop singers took the opportunity to record albums full of songs by Antonio Carlos Jobim. Doris Day might not come to mind immediately as someone well-suited to the lightly rhythmic style, but she had always had a feel for mid-tempo material that provided a showcase for her warm, rich voice. Still, you might have thought of her as a bit lightweight for the easygoing, yet intricate Brazilian sound. But by her early forties, the eternally ingenuous singer finally was showing signs of maturity. She had taken a distinctly different tack on Love Him!, the 1964 album produced by her son, Terry Melcher, and here she sang the lyrics like a grown-up woman, her voice even betraying an attractive huskiness here and there. As a former band singer, she knew how to work with the beat, and so the rhythms didn't throw her at all. The result was a surprisingly satisfying change of pace for her. Unfortunately, rather than marking a new beginning in her recording career, it happened to come at the end. Latin for Lovers was the last new Doris Day album to be recorded (though it was released ahead of Doris Day's Sentimental Journey, which was actually recorded a couple of months earlier); all that followed were a few singles in 1966-1967 and a "lost" 1967 LP session, The Love Album, which languished unreleased in the Columbia vaults until Melcher found it in 1995. ~ William Ruhlmann