To get away clean, you have to play dirty. 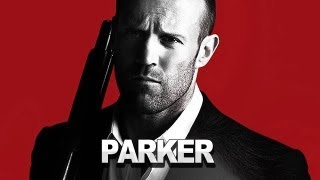 Los Angeles Times - 01/24/2013
"There is something so inherently likable about Lopez on screen that it's easy to forget that she doesn't so much become the characters as they become her."
New York Times - 01/25/2013
"[The first] set piece -- a heist at the Ohio State Fair undertaken by five guys dressed as clowns, a firefighter and a priest -- provides a master class in how to balance chaos and coherence."
Total Film - 02/04/2013
"[T]he new PARKER is still plenty of violent, nasty, fun....Statham gets the chance to show Hollywood's tough guys how a real man throws a punch..."

A principled thief seeks vengeance against the gang of criminals who left him for dead following a major heist as author Donald E. Westlake's pulp anti-hero returns to the screen under the assured direction of Hollywood veteran Taylor Hackford (THE DEVIL'S ADVOCATE, RAY). When veteran thief Hurley (Nick Nolte) assembles a crackerjack crew for a big heist at the Ohio State Fair, his fiercely independent protégé Parker (Jason Statham) is the perfect man to take the lead on the job. Together with Melander (Michael Chiklis), Ross (Clifton Collins Jr.), Hardwicke (Micah Hauptman), and Carlson (Wendell Pierce), Parker successfully pulls off a daring daytime heist that nets the crew more than $1 million. But when Parker respectfully declines Melander's offer to invest their take in an ambitious diamond heist with a massive potential payday, he is unceremoniously shot and left for dead. Unfortunately for Melander and his gang, Parker is still very much alive, and he's determined to have his revenge. With the help of Hurley and Hurley's daughter Claire (Emma Booth), Parker manages to learn that the heist will take place in West Palm Beach, FL, and he travels there to pose as a wealthy Texan seeking to purchase a new home. Meanwhile, astute real-estate agent Leslie Rodgers (Jennifer Lopez) quickly sees through Parker's game and asks to get a cut of the action. Now a team, Parker and Leslie figure out that the gang is planning to hit a high-profile jewelry auction. All they have to do is wait until Melander and his men have pulled off the heist. Once the jewels are secure and the thieves are lying low at a local house, the stage will be set for Parker to take his revenge and make a small fortune in the process.