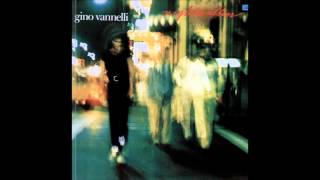 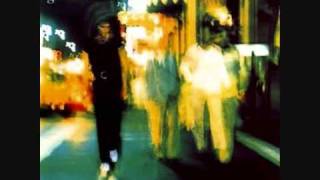 Personnel: Gino Vannelli (vocals), Mike Miller (guitar), David Boruff (saxophone), Brad Cole (piano), Joe Vanelli (keyboards), Neil Stubenhaus (bass), Vince Colaiuta (drums), Michael Fisher (percussion), Stephanie Spruill, Julia Waters, Maxine Waters, Ross Vannelli, Doug Parry (background vocals).
Producers: Gino Vannelli, Joe Vannelli, Ross Vannelli.
Recorded at Smoketree, Chatsworth, California.
All songs written by Gino Vannelli except "I Believe" (Gino Vannelli/Ross Vannelli) and "Seek And You Will Find" (Gino Vannelli/Joe Vannelli/Ross Vannelli).
Gino Vannelli is one of the few artists to effortlessly navigate between pop and R&B. With the songs "Walking," "The Surest Things Can Change," and his 1978 classic "I Just Wanna Stop," Vannelli's work is always filled with both skill and passion. After six successful years at A&M he signed with Arista in 1981. Nightwalker is his label debut. During the three years between albums, not only did pop music come into vogue again, but he grew as a writer and singer. This album reflects the change. The dramatic title track has him singing overripe lyrics like "I can't live in this world without love, without you." The powerful "Put the Weight on My Shoulders" has him doing some good vocal riffs. Although most of his albums took a tumble when he decided to pick the pace, Nightwalker is actually better for its faster tracks. "Stay With Me" has him singing the horrible come on, "The only crime I see/is killing time with me." The searing guitars and Vannelli's sense of fun makes up for it. The album's biggest hit, "Living Inside Myself," with its haunting electric piano and Vannelli's phrasing, is compelling drama yet not overdone. The last track is another expert ballad. "Sally (She Says the Sweetest Things)" has a strong chorus that he nailed every time out. Nightwalker, co-produced by Vannelli and his brothers Joe Vannelli and Ross Vannelli, is one of his best and most accessible efforts. ~ Jason Elias