Duel in the Sun (Blu-ray)

Emotions . . . As Violent As The Wind-Swept Prairie ! 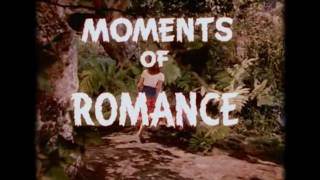 Dubbed "Lust in the Dust" by Hollywood wags and, at $5 million, the most expensive film made up to that time, DUEL IN THE SUN stars Jennifer Jones as Pearl Chavez, a stunning young half-breed. After her father's death, she's taken in by distant relative Laura Belle McCanles (Lillian Gish), whose husband, Senator (Lionel Barrymore), is a Texas cattle baron of immense wealth. She soons finds herself attracted to the two McCanles sons: the magnetic hell-raiser Lewt (Gregory Peck) and the educated, restrained Jesse (Joseph Cotten). Since Pearl is presumed to have inherited her mother's hot-blooded disposition, she's tagged as a bad girl by Lewt, who quickly makes a pass at her without success. But with Jesse away on business, she and Lewt eventually become lovers, although she still can't decide which of the two she loves. Meanwhile, Senator is embroiled in a dispute over the invasion of his property by railroad interests, becoming enraged when Jesse chooses the pen over the shotgun as a negotiating tool. Saturated in sexual innuendo, this fabulously overripe, overproduced melodrama, which constantly teeters on the edge of camp, is, more than anything else, the product of David O. Selznick's megalomaniacal desire to top his earlier epic, GONE WITH THE WIND. That said, the acting is very good, as is Dimitri Tiomkin's score, and the crowd scenes are superbly orchestrated.

In this classic Western, two brothers become bitter rivals after a beautiful half-Indian woman comes to live on their sprawling ranch and disturbs their dynasty.