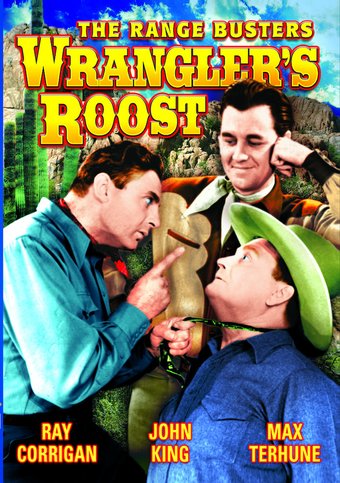 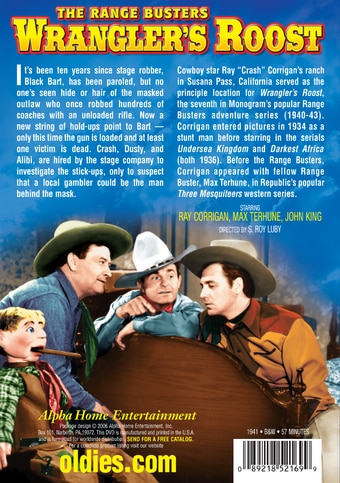 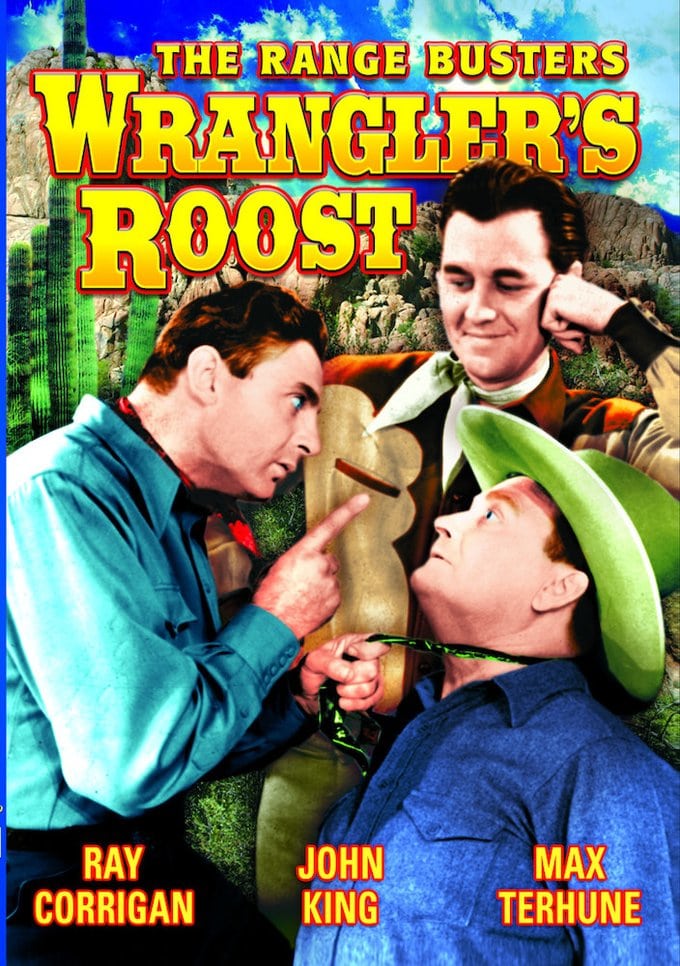 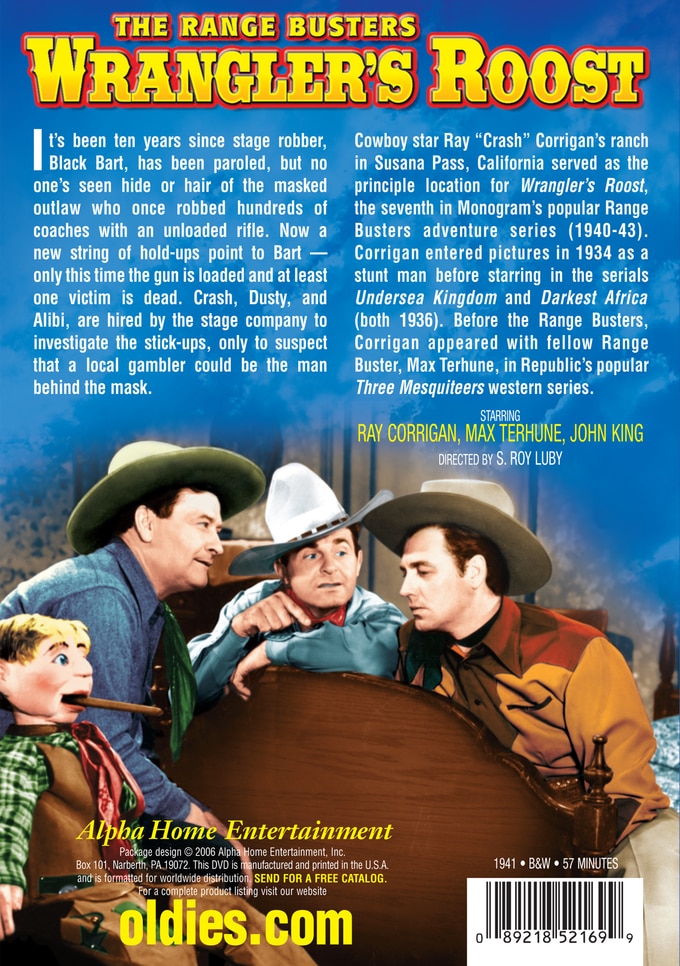 It's been ten years since stage robber, Black Bart, has been paroled, but no one's seen hide or hair of the masked outlaw who once robbed hundreds of coaches with an unloaded rifle. Now a new string of hold-ups point to Bart - only this time the gun is loaded and at least one victim is dead. Crash, Dusty, and Alibi, are hired by the stage company to investigate the stick-ups, only to suspect that a local gambler could be the man behind the mask.

Only the Range Busters can stop a stagecoach robber who impersonates the infamous "Black Bart."

Vintage | Outlaws
This product is made-on-demand by the manufacturer using DVD-R recordable media. Almost all DVD players can play DVD-Rs (except for some older models made before 2000) - please consult your owner's manual for formats compatible with your player. These DVD-Rs may not play on all computers or DVD player/recorders. To address this, the manufacturer recommends viewing this product on a DVD player that does not have recording capability.

25%off
The Three Mesquiteers: Outlaws of Sonora
$5.95 on Sale
Add to Cart

25%off
The Range Busters: Underground Rustlers
$5.95 on Sale
Add to Cart

16%off
The Range Busters: Land of Hunted Men
$12.50 Super Savings
Add to Cart

25%off
The Range Busters: Bullets And Saddles
$5.95 on Sale
Add to Cart