They Shoot Horses, Don't They? PG

People are the ultimate spectacle. 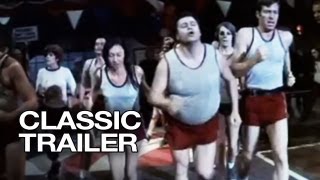 Entertainment Weekly - 06/21/1996
"...Aged better than any American film of its time; the drama is beautifully shot and written, while the acting...is out of this world..." -- Rating: A
Premiere - 11/01/2005
"[A] potent account of the grueling trials of dance-marathon contestants during the Depression."

Sydney Pollack's dark and impassioned adaptation of Horace McCoy's novel examines the limits of devotion and endurance. The intricately interwoven plot centers on a marathon dance contest that takes place in the 1930s during the Great Depression. The poverty-stricken participants struggle to keep their footing in order to survive the hard times, with hope for the cash prize the sole reason for continuing to dance. The tragic competitors are an effective mirror for the American ideals of the time and the overwhelming feeling of disenchantment. Filled with dramatic tension and moving performances, THEY SHOOT HORSES, DON'T THEY' is harrowing and unforgettable.

Jane Fonda gives a particularly moving performance as Gloria Beatty, a girl bent on self-destruction, and Gig Young gives an Oscar-winning performance as Rocky, the sleazy master of ceremonies who has gathered the contestants together under the pretense of providing an ample cash reward of more than a thousand dollars.