What if someone you love... just disappeared? 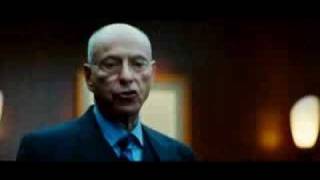 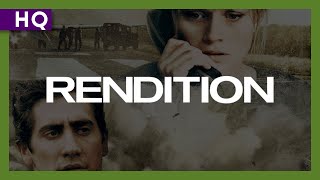 Reese Witherspoon and Jake Gyllenhaal star in this nail-biting political thriller from director Gavin Hood (TSOTSI). Showing the price and behind-the-scenes drama of post 9/11 anti-terrorist security policies, the film focuses on the controversial U.S. practice of transporting suspected terrorists to locations outside the U.S. for intense interrogation and, as the film suggests, torture. Here, it is Egyptian-born Anwar El-Ibrahimi (Omar Metwally), an engineer and family man, who becomes a CIA target. On his way home to Chicago from business in South Africa, Anwar disappears at the Washington, D.C., airport. The records show he boarded the plane, but he never returns to his pregnant wife, Isabella (Witherspoon), and small son. As Anwar is taken to an undisclosed location for questioning, several other plotlines are introduced. After his partner is killed by a suicide bomber, Douglas Freeman (Gyllenhaal), a young and relatively inexperienced CIA analyst, must step in to observe the brutal torture and interrogation of Anwar at the hands of the brutish Abasi Fawal (Igal Naor), whose own daughter has run away with the brother of a potential terrorist.

RENDITION tackles serious issues with an all-star cast that also includes a typically flawless Meryl Streep as a steely government official responsible for approving Anwar's kidnapping, and Peter Sarsgaard as old friend of Isabella who uses his political position to help her. RENDITION never delves too deeply into any one character, focusing instead on the important ways in which multiple storylines intersect and the personal stakes that each character has in the case. Clever editing and solid writing contribute to the film's success by encouraging the audience to view events from multiple points of view and by never becoming preachy or one-sided.