Roy Rogers, the king of the Cowboys, takes to the high plains in the name of truth and justice with his trusty golden palomino, Trigger, and Bullet, the wonder dog. 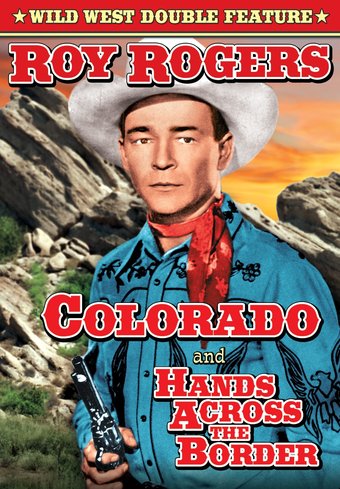 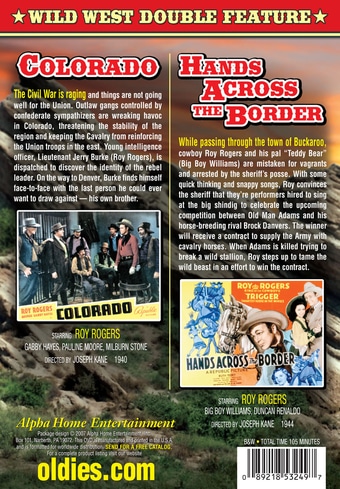 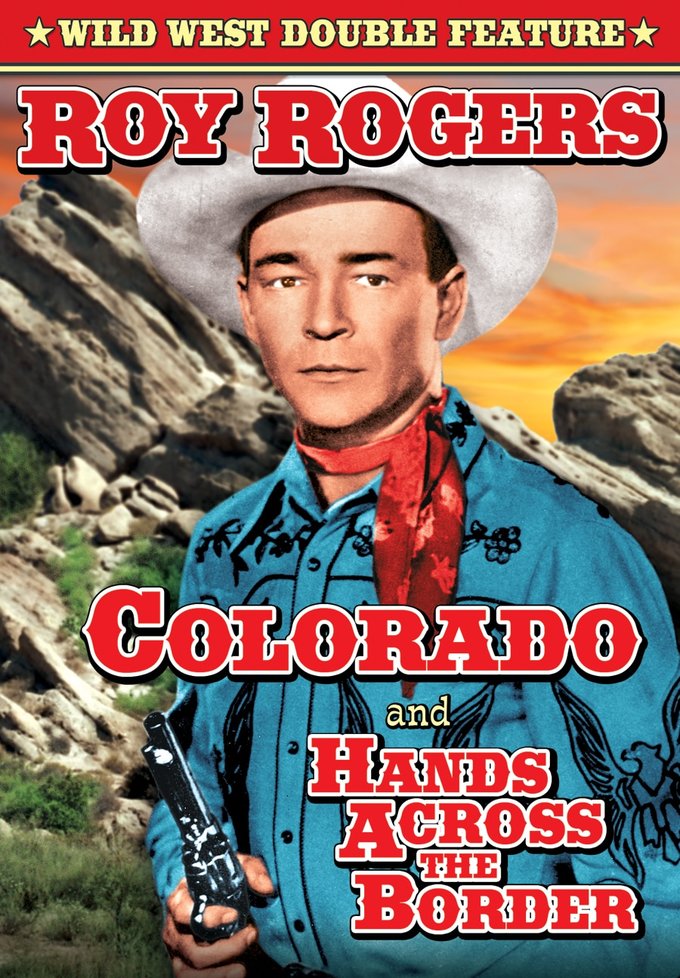 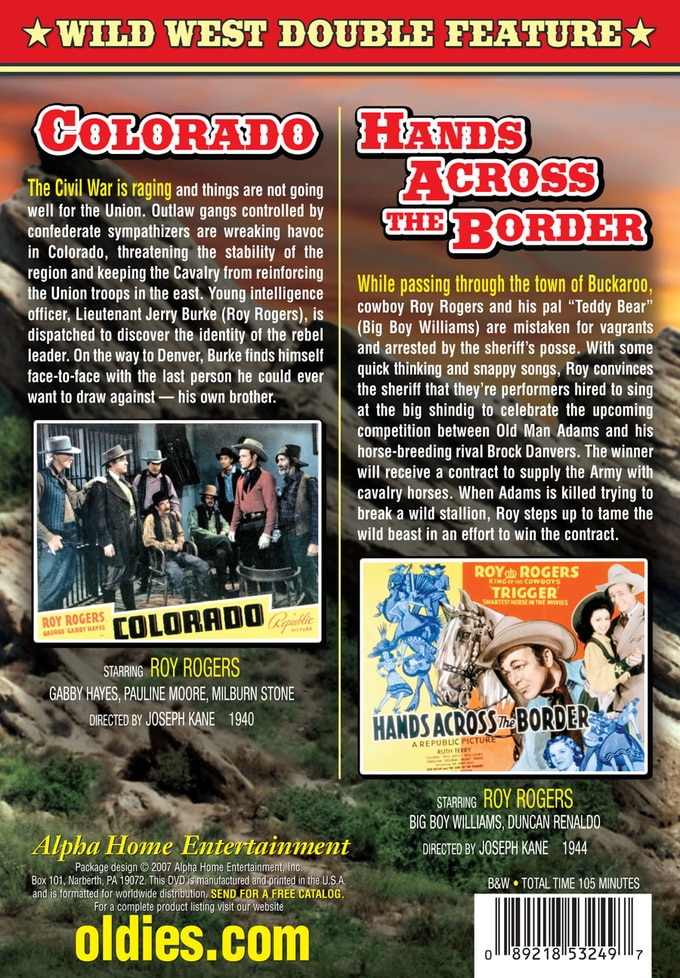 Colorado (1940, B&W): The Civil War is raging and things are not going well for the Union. Outlaw gangs controlled by confederate sympathizers are wreaking havoc in Colorado, threatening the stability of the region and keeping the Cavalry from reinforcing the Union troops in the east. Young intelligence officer, Lieutenant Jerry Burke (Roy Rogers), is dispatched to discover the identity of the rebel leader. On the way to Denver, Burke finds himself face-to-face with the last person he could ever want to draw against - his own brother. Starring Roy Rogers, Gabby Hayes, Pauline Moore, Milburn Stone; Directed by Joseph Kane.

Hands Across the Border (1944, B&W): While passing through the town of Buckaroo, cowboy Roy Rogers and his pal "Teddy Bear" (Big Boy Williams) are mistaken for vagrants and arrested by the sheriff's posse. With some quick thinking and snappy songs, Roy convinces the sheriff that they're performers hired to sing at the big shindig to celebrate the upcoming competition between Old Man Adams and his horse-breeding rival Brock Danvers. The winner will receive a contract to supply the Army with cavalry horses. When Adams is killed trying to break a wild stallion, Roy steps up to tame the wild beast in an effort to win the contract. Starring Roy Rogers, Big Boy Williams, Duncan Renaldo; Directed by Joseph Kane.