You will be one of us 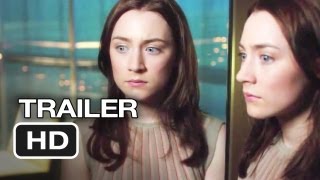 A body-snatching alien takes possession of a young woman who refuses to surrender her mind, and together they seek out the man they both love as writer/director Andrew Niccol (GATTACA, IN TIME) adapts TWILIGHT author Stephenie Meyer's New York Times best-seller. The majority of the human race have been possessed by unseen invaders, leaving only small pockets of "wild" humans like Melanie (Saoirse Ronan) scattered throughout the world. Upon being captured by the invaders, Melanie finds her body claimed by Wanderer, a spirit that has been warned of the difficulties that come with claiming a human host. In the process of inhabiting Melanie, Wanderer is deeply affected by her vivid dreams and memories. And when Melanie fights to maintain control of her mind even as Wanderer possesses her body, the sympathetic entity joins her on a journey that will reveal the unfathomable depths of human love and compassion.