Yogi Bear and Boo-Boo lead a legion of Hanna-Barbera superstars aboard a flying ark, confronting the evils of the age. 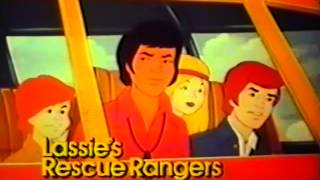 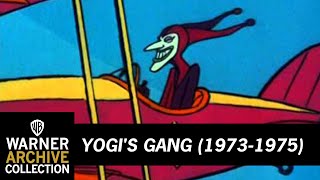 Spinning off of the smash hit ABC Saturday Superstar Movie Yogi's Ark Lark (included here), "Yogi's Gang" took Yogi Bear and crew to the airwaves weekly to continue their environmentally minded missions. And what a crew! Nothing shy of a gathering at the Hall of Justice could compare to the roll call that resounded out of Yogi's Gang: Yogi and Boo Boo, Huckleberry Hound, Snagglepuss, Quick Draw McGraw and Baba Looey, Atom Ant, Secret Squirrel and Morocco Mole, Wally Gator, Squiddly Diddly, Augie Doggie and Doggie Daddy, Touche Turtle, Peter Potamus, Magilla Gorilla and more! More than just a gathering of toon titans, "Yogi's Gang" marked the much welcome return of H-B's original animal stars to regular cartoon rotations, albeit on a propeller-driven, flying ark. And considering the challenges Yogi takes on, it's a good thing he stocked up on superstars.

Frankenstein Jr. and the Impossibles - Complete Series...
$23.50
Add to Cart