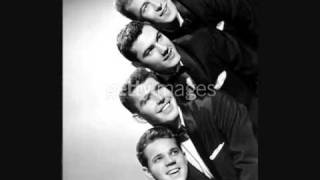 Jimmy Bowen left his mark on Texas before going on to conquer the rest of the country - first as a performer, and then as a producer in the '60s and '70s, and record company president in the 1980s. Bowen's style was an artful blend of Pop, Country & Western as well as R&B. This collection is comprised of Bowen's complete first album, and features his biggest hit, "I'm Stickin' With You", which rose to #14 on the Pop charts in 1961.

Personnel: Jimmy Bowen (vocals).
Pleasant if unambitious mid-tempo rock & roll, very well-played (especially the guitar, played by Buddy Knox) by the Rhythm Orchids with something of a country flavor, although the best track here is the slow, Elvis-style ballad "Last Night." The name of the CD is a bit of a cheat -- this is simply Bowen's first (and only) album for Roulette with a new title grafted on; it does include several of his modest chart successes following in the wake of "I'm Sticking With You," but doesn't include "By the Light of the Silvery Moon" (admittedly, not a high point of his career, but it did chart better than some of the singles that are here). The sound is decent, as the master was obtained from Capitol/EMI's Roulette holdings, and the interior of the insert reprints the original LP's jacket notes, which are surprisingly involved and thorough for their period. ~ Bruce Eder

60%off
The Playmates
At Play With Golden Classics (CD)
$5.98 CD Sale
Add to Cart

60%off
Murray The "K"
Sing Along With The Original Gassers
$5.98 CD Sale
Add to Cart