The Sword in the Stone (50th Anniversary Edition) G

Tired of living in a Medieval mess...Merlin uses all his magic powers to change a scrawny little boy into a legendary hero! 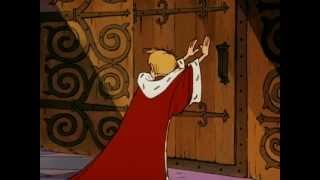 The Sword in the Stone (Trailer) 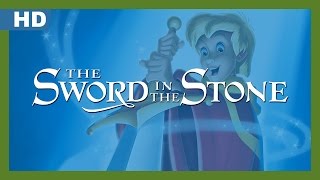 According to legend, there was once a magical sword stuck in a sturdy rock, and whoever removed it would soon be deemed the king of all Britons. Disney's classic animated feature, SWORD IN THE STONE, tells the tale of the plucky lad who managed just that feat. Deep in the woods of medieval England, a young orphan boy called Wart has his heart set on becoming a knight's squire. Once he happens across the eccentric wizard Merlin, however, his future path changes significantly; along with his intelligent and chatty owl Archimedes, Merlin trains young Wart in the ways of wit, wisdom, and heart, preparing him for a life in the upper-echelons of English royalty. Just as his lessons are drawing to an end, Wart gets to try his hand at the legendary sword, and upon successfully removing it, goes on to become the nation's famed King Arthur. A sweet story about the might of the mind, the 1963 film features the voices of Sebastian Cabot (THE JUNGLE BOOK) and Rickie Sorensen (TARZAN), and lush, colorful imagery in the grand tradition of Disney animation artistry.

In London, during medieval times, there was a large stone with a heavy sword imbedded in it. The man who could pull the sword from the stone would become king of England, but no man, despite his strength, was able to complete the deed. However, when a young lad named Wart appears, he just might be able to pull off the impossible....

22%off
The Hunchback of Notre Dame
$11.70 Super Savings
Add to Cart

22%off
The Great Mouse Detective
$11.70 Super Savings
Add to Cart