The Spy Who Came In from the Cold (Blu-ray)

Brace yourself for greatness.

19K ratings
Available: Usually ships in 1-3 business days
18 copies available
Add to Cart
Add to Wishlist
Format:  Blu-ray
sku:  37Y8J
Also released as:
The Spy Who Came In from the Cold (2-DVD) for $33.30
Our customers love us! 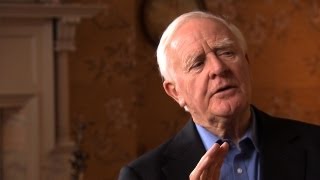 Martin Ritt's adaptation of the John Le Carre bestseller THE SPY WHO CAME IN FROM THE COLD stars Richard Burton as Alec Leamas, a burnt-out spy soon to retire from British Intelligence. For his final assignment, Alec must pose as a drunk who wants to defect to East Germany, where the chief of operations for the Communists, Hans-Dieter Mundt (Peter van Eyck), has captured several British spies. His acting works: Communists throw Alec into jail for public drunkenness and for having an affair with a young member of the local Communist party, Nan (Claire Bloom). In jail, he is approached by Mundt's agents and asked to defect. They take Alec to East Berlin where he is grilled by Mundt's top man, Fiedler (Oskar Werner), who believes that Mundt is actually a double agent. Shot in stark black and white in documentary style, Ritt's film is a realistic portrait of the grim life of a spy, revealing all of the profession's complexities in a style that is equally as thrilling as an elaborate action scene in a James Bond movie. At the heart of the film is Burton's bitter and world-weary Alec, and his performance here ranks among the best of his career.

In this Cold War thriller adapted from John Le Carré's novel, British Intelligence agent Alec Leamas takes on a final assignment before his retirement. His job: make believe he's a defector to get into East Germany and ruin a spy ring run by a German agent. However, it turns out to be a tricky assignment. After entering East Germany, Alec soon realizes he's caught in a trap that's been set for him. Meanwhile, he finds himself falling in love with Nan Perry, a Communist librarian. But can the two find happiness in the midst of all the deceit that goes hand-in-hand with the spy trade'