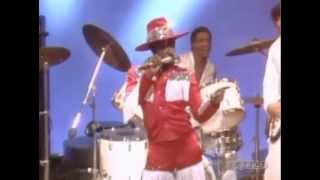 Trying a little harder than its generic packaging might imply, Playlist: The Very Best of Charlie Wilson kicks off with a 12" mix of the former Gap Band member's hit "Outstanding" before rounding up all the obvious highlights from the singer's solo career. His 1992 effort You Turn My Life Around is skipped but it barely fits with his much more successful later canon, which here is represented by the years 2000 to 2010. Old-school funk (the hard-struttin' "Musta Heard") and grown-folks R&B (the massive hit "You Are") mix with hipness at an Usher-level ("My Girl Is a Dime" or "Shawty Come Back"), while 21st century names like Justin Timberlake, will.i.am, T-Pain, and Jamie Foxx all come to pay their respects and vibe with one of the masters. Through it all, Wilson comes off as a more sensible and mature alternative to R. Kelly, and if you need a reminder of how he acquired Don status, the original "Burn Rubber on Me" is tacked on to the end of the set, although that's certainly not enough to check the Gap Band off your list. Just grab his collaborative hit "Beautiful" with Snoop Dogg from elsewhere, add this set, and then you've got Uncle Charlie's aughts on lock. ~ David Jeffries