A terrifying tale of sluts and bolts. 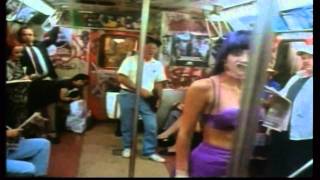 New York Times - 06/15/1990
"There is a legitimate sense of the absurd lurking within [FRANKENHOOKER]....Fun to see around midnight..."
Los Angeles Times - 06/01/1990
"...Hilarious, totally outrageous....Henenlotter gets extraordinarily well-sustained, straight-faced portrayals from his stars..."

From Frank Henenlotter, the creator of the BASKET CASE trilogy and BRAIN DAMAGE, comes FRANKENHOOKER, a gory horror-comedy twist on the Frankenstein legend. When Jeffrey Franken's fiancée is chopped to pieces by the blades of a remote-controlled lawnmower, he uses his dubious medical knowledge to try to bring her back to life. He reassembles his beloved Elizabeth using the body parts of New York City's finest prostitutes, and resurrects her during a heavy lightning storm. Unfortunately for Jeffrey, his dear Elizabeth's brain is scrambled and she runs amok on 42nd Street, turning tricks and bringing high-voltage death to her customers! Synapse Films is proud to present the uncut version of FRANKENHOOKER in an all-new transfer created from original vault materials.

When his pretty fiancee goes to pieces under the blades of a runaway lawnmower, aspiring mad scientist Jeffrey Franken hatches an unorthodox scheme to bring his beloved back to life. He reassembles her using body parts of New York prostitutes. Gory and exploitative, but worth seeing for some New Jersey color, as well as giant pimp Zorro and some murderous "Supercrack."

After accidentally killing his girlfriend with a remote-controlled lawnmower, mild-mannered utilities employee and part-time mad scientist Jeffrey Franken sets out to resurrect his beloved by transplanting her head to the body of an unsuspecting prostitute.