Love with the Proper Stranger (Blu-ray)

5.2K ratings
Currently Out of Stock: We'll get more as soon as possible
Notify Me When Available
Add to Wishlist
Format:  Blu-ray
sku:  6FRWC
92% recommend us! 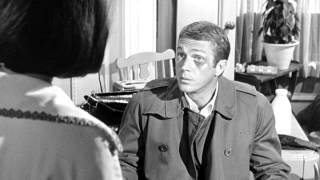 Love With The Proper Stranger - Trailer

A tough and tender love story about a foot-loose musician and the Macy's salesgirl who is carrying his child. Academy Award Nominations: 4, including Best Actress--Natalie Wood, Best (Original) Story and Screenplay.

It is 1963, and a young woman becomes pregnant after a one-night stand with a musician at a summer resort. When she confronts him with the news, he, at first, cannot even remember the event. Disturbed by his response and aware that being an unwed mother might ruin her life, she decides she must get an abortion. But things have a strange way of working out sometimes, and she discovers that having the child might work out after all.

58%off
Who Is Harry Kellerman and Why Is He Saying Those Terrible...
$6.29 Spring Sale
Add to Cart