Me Without You R 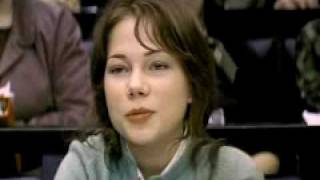 Me Without You trailer

ME WITHOUT YOU, directed by Sandra Goldbacher (THE GOVERNESS), follows two girls who promise to be best friends forever. Marina (Anna Friel) is troubled, extroverted, and the product of a broken home, while Holly (Michelle Williams) is a quiet girl who escapes from her overprotective family into a world of books, music, and imagination. As the girls grow up together, their paths diverge but they cling to each other as the one constant in each other's life. Holly also secretly has a strong attraction to Marina's older brother, Nat (Oliver Milburn). Eventually Holly comes to feel trapped by Marina's possessive, controlling friendship, and she realizes that being with Nat is the only way to truly be herself.

Filmed with close attention to period detail, Goldbacher anchors each phase of Holly and Marina's friendship with clothes, production design, and especially music, meant to evoke life in Britain from the 1970s and '80s. From Punk and New Wave to the more materialistic Thatcherite era, Friel and Williams portray two girls desperately trying to keep up with the pace of their lives and the world around them. Ultimately, they have to discover how to be both the girls they were together and the women they have become individually.