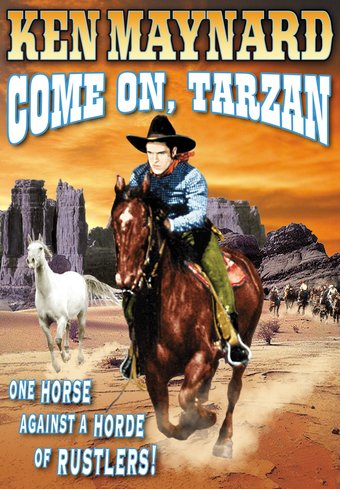 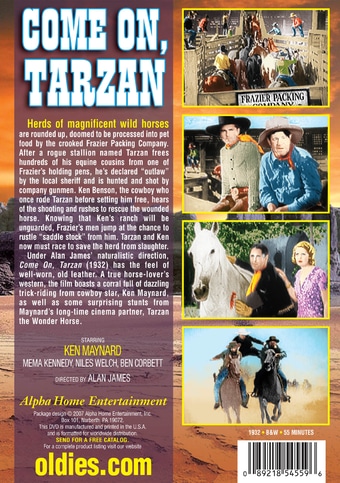 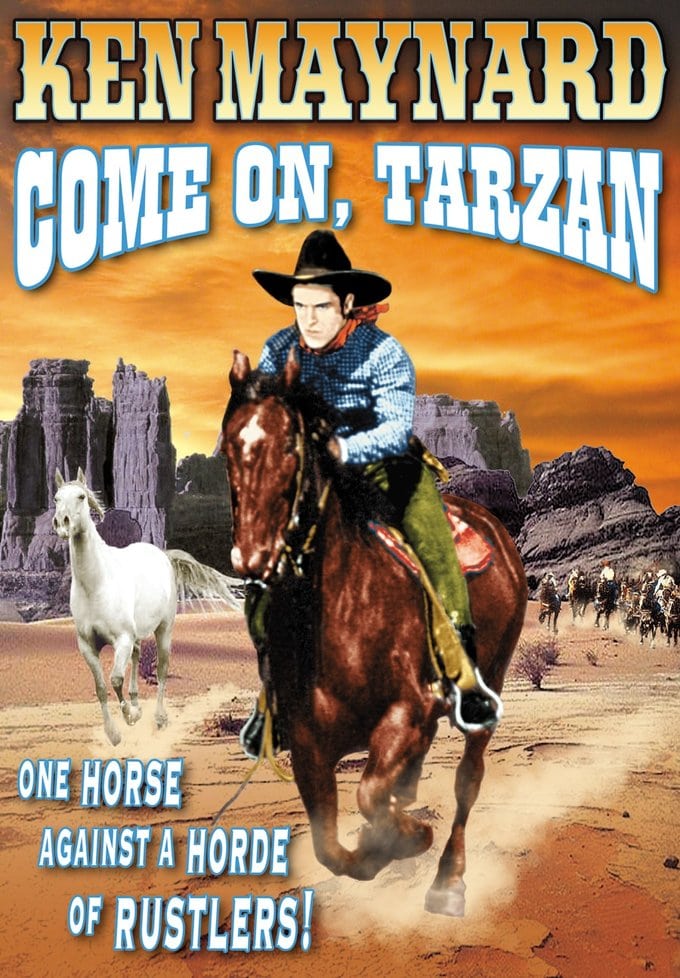 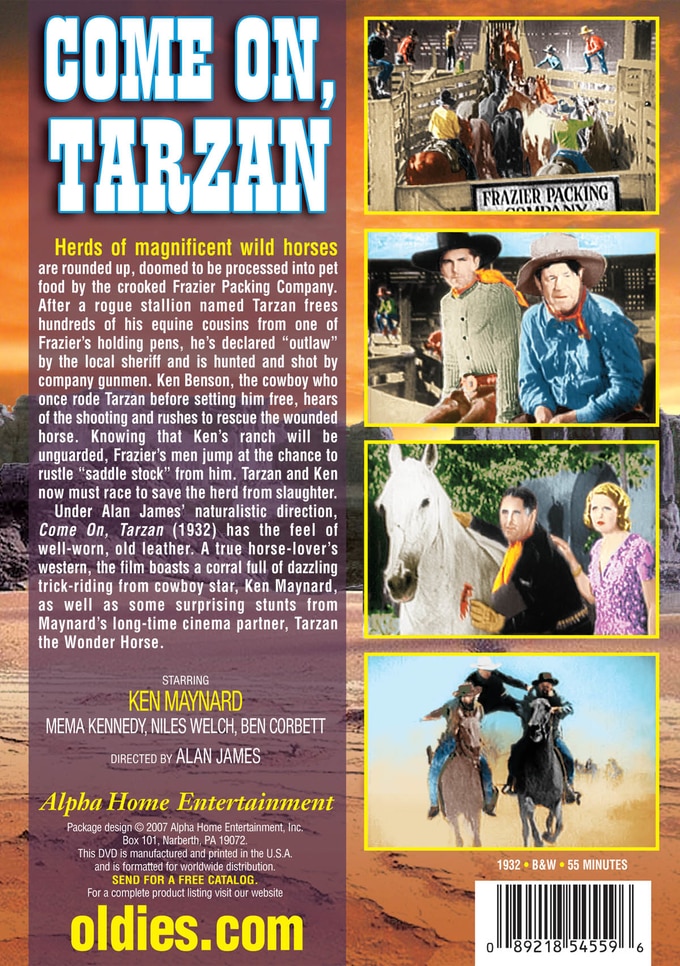 Herds of magnificent wild horses are rounded up, doomed to be processed into pet food by the crooked Frazier Packing Company. After a rogue stallion named Tarzan frees hundreds of his equine cousins from one of Frazier's holding pens, he's declared "outlaw" by the local sheriff and is hunted and shot by company gunmen. Ken Benson, the cowboy who once rode Tarzan before setting him free, hears of the shooting and rushes to rescue the wounded horse. Knowing that Ken's ranch will be unguarded, Frazier's men jump at the chance to rustle "saddle stock" from him. Tarzan and Ken now must race to save the herd from slaughter.

Under Alan James' naturalistic direction, Come On, Tarzan (1932) has the feel of well-worn, old leather. A true horse-lover's western, the film boasts a corral full of dazzling trick-riding from cowboy star, Ken Maynard, as well as some surprising stunts from Maynard's long-time cinema partner, Tarzan the Wonder Horse.

Ken Maynard stars in this 1932 tale of a stallion named Tarzan who frees his wild brethren, leading the local sheriff to declare the magnificent horse an "outlaw."