Why take the risk 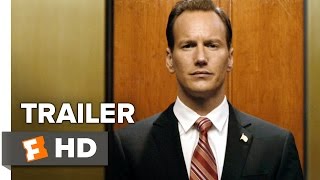 ZIPPER is a political thriller that follows a promising political star who harbors a secret bubbling just below the surface. Sam Ellis (Patrick Wilson), a high-profile federal prosecutor, has aspirations of a powerful and influential political future, as does his wife, Jeannie (Lena Headey). After using a high-end escort service, however, Ellis' one-time decision turns into an obsessive compulsion that theatens to torpedo both his career and his life at home. Directed and co-written by MORA STEPHENS, the film co-stars Dianna Agron, John Cho, Richard Dreyfuss, and Ray Winstone as a journalist looking to uncover the truth about Ellis.

The Ides of March
$8.40 Super Savings
Add to Cart

The Runner
$5
Add to Cart