Some lines shouldn't be crossed.

141K ratings
Currently Out of Stock: We'll get more as soon as possible
Notify Me When Available
Add to Wishlist
Format:  Blu-ray  (2 Discs)
sku:  6FVF4
Also released as:
Flatliners (Blu-ray) for $6.80
Flatliners for $7.60
Our customers love us! 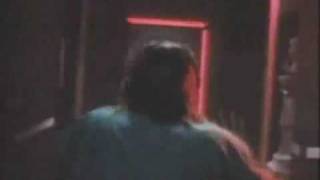 Hot-shot medical students embark on a series of daring experiments to get a peek at the face of death. Stopping their hearts until the vital signs register as flat lines, they then revive the subject. The group doesn't count on bringing anything back from their near-death experiences, but each one does.

Using themselves as guinea pigs, a group of medical students decide to experiment with life after death and find out what's really awaiting them on the "other side." One by one they each take turns "flatlining" -- stopping their hearts and brains to create a condition of clinical death registered as a flat line on the EKG and EEG monitors.
They then use emergency procedures to resuscitate each other. Things get increasingly dangerous as the flatliners become more daring, attempting to remain dead for longer and longer periods of time. The leader of the group, plagued by a demon that has followed him back from the world beyond, soon discovers that there is a price to pay for tampering with the line between life and death.