The stars belong to a new generation. 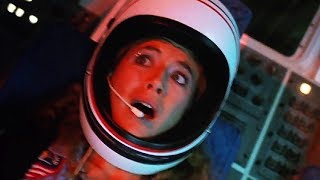 While attending the United States Space Camp, five teenagers and their instructor are accidentally launched into space on board a shuttle and they must figure out how to bring themselves safely back to Earth.

Aspiring young astronauts not only train at the United States Space Camp in a summer program for teenagers, but get more than they bargained for when their test craft is accidentally launched into the universe. Now they must use their newly acquired skills to get back to earth.