What comes after World War III?

516 ratings
Currently Out of Stock: We'll get more as soon as possible
Notify Me When Available
Add to Wishlist
Format:  Blu-ray  (2 Discs)
sku:  6FVQ3
92% recommend us! 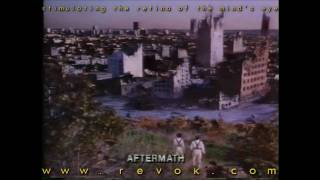 A spaceship returns from deep space to find the Earth in "The Aftermath" of a nuclear and biological war. The streets are filled with mutated survivors feeding off the weak and a Manson-like figure called Cutter, Sid Haig, "The Devil's Rejects" (2005), "House of 1000 Corpses" (2003), "Jackie Brown" (1997) is reigning terror down on all others. Cutter and his gang of mercenary thugs are systematically murdering all the male survivors and enslaving women and children. Most of his targets are easy, but all that changes when Cutter confronts astronaut Newman (Steve Barkett, "Empire of the Dark," "Dinosaur Island," "Dark Universe"), and the woman Sarah (Lynn Margulies) he finds and falls in love with, and the young child Chris (Christopher Barkett, "Empire of the Dark"). What follows is a cat and mouse game of violent and spectacular proportions with no less than Earth's survival in the balance.

This drive-in favorite begins with the return of two astronauts from outer space. After learning their home planet has suffered near nuclear destruction, the astronauts must team up with the resistance to save the Earth.