70K ratings
Currently Out of Stock: We'll get more as soon as possible
Notify Me When Available
Add to Wishlist
Format:  DVD
item number:  6FVWA
Also released as:
Escape from L.A. (Blu-ray) for $29.40
Our customers love us! 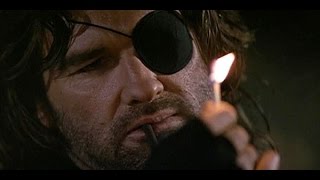 "Snake Plissken. I thought you were dead!"
- a line spoken by many of the characters Snake (Kurt Russell) encounters in both ESCAPE FROM L.A. and ESCAPE FROM NEW YORK
"You guys ever hear of a Mexican showdown'"--Snake, before he kills three men who have him cornered

When John Carpenter and Kurt Russell teamed up for this sequel to ESCAPE FROM NEW YORK, the idea was to kick butt and have fun. They do just that in ESCAPE FROM L.A., an explosive film that recalls the classic original in all the best ways. Infamous adventurer Snake Plissken gets another raw deal when he is forced to rescue the President's daughter from the new prison island of Los Angeles. Mayhem ensues as Snake goes about his mission, leaving a wake of destruction behind him. Lighter and more tongue in cheek than the original, ESCAPE FROM L.A. provides loud, violent fun for both the fans of ESCAPE FROM NEW YORK as well as newcomers to the films. There are great cameos provided by Peter Fonda, Bruce Campbell, Pam Grier and many more that give the film an extra layer of entertainment. Great special effects are a given in Carpenter films, and this one is no exception. ESCAPE FROM L.A. is fun fare from a master filmmaker.

Eye-patched mercenary prisoner Snake Plissken gets forced into another kamikaze mission in this long-awaited sequel to "Escape From New York." This time he must scour the earthquake-demolished, prison streets of Los Angeles, circa 2013, to find and disable a so-called "Doomsday Device," as well as rescue the President's daughter, who's in on the scheme. Packed with clever digs at the Hollywood firmament, as well as juicy bits from B-movie staples Paul Bartel, Bruce Campbell, and Robert Carradine.