It's a wonderful afterlife.

637K ratings
Currently Out of Stock: We'll get more as soon as possible
Notify Me When Available
Add to Wishlist
Format:  DVD
sku:  6FVX2
92% recommend us! 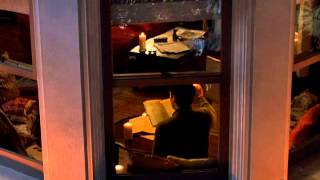 Suspension of disbelief is a necessity--albeit a pleasurable one--regarding many aspects of this romantic comedy, not the least of which being that either of its good-looking leads would ever lead lonely existences. Reese Witherspoon plays ambitious medical intern Elizabeth, who regularly clocks in 20 hour days at the hospital. Her work is her life, much to the chagrin of her sister Abby, who is married, with kids, and constantly attempting to get Elizabeth to go out more. When Abby finally succeeds in setting up a blind date for her sister, Elizabeth has an accident en route while driving to meet the mystery man, and the stage is set for love.

David (Mark Ruffalo) has been apathetically searching for a new apartment in the cutthroat San Francisco housing market, while attempting to overcome his wife's death two years ago. When he finally finds the perfect place, nothing is going to make him leave, and this includes the blonde control freak (Elizabeth) who suddenly shows up while he's busy vegetating. She claims the apartment is hers, and it becomes ever clearer that Elizabeth doesn't remember her past, and shows irrefutable signs of being a ghost. David signs on to help her solve her own mystery, and the the two grow closer even as it becomes ever clearer that they'll never be able to be together. The chemistry between Witherspoon and Ruffalo breathes life into the well-trod terrain of the ghost love story, while NAPOLEON DYNAMITE'S Jon Heder almost steals the show as a bookstore worker with "the Gift." The slapstick humor resulting from David's conversations with his "invisible" companion is hilarious--in one standout scene, David saves a man's life as Elizabeth talks him through the task. The ultimate message about the power of love and wisely-used time gives added resonance to the tale.

Far from the Madding Crowd
$5.59 Spring Sale
Add to Cart