The Legend of Bagger Vance PG-13

It Was Just A Moment Ago. 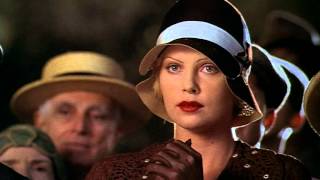 The Legend of Bagger Vance - Trailer

THE LEGEND OF BAGGER VANCE, based on the book of the same title by Steve Pressfield, uses golf as the basis for this spiritual tale of friendship, self-discovery, and faith. His incredible prowess at the game of golf makes young Rannulph Junuh (Matt Damon) the pride of Savannah, Georgia in 1916. When Junuh enlists and is sent overseas to fight in World War I, the reality of war proves too much for him. Rather than return to Savannah a broken man, he simply disappears, much to the dismay of his girlfriend, feisty socialite Adele Invergordon (Charlize Theron). When Junuh finally does return to Savannah in 1931, he is coerced into representing his hometown in a golf tournament against legends Bobby Jones and Walter Hagen. But Junuh has lost his swing, and only begins to find it again with the help of Bagger Vance (Will Smith), a mysterious drifter who appears out of the night and offers his services as a caddy. Ultimately, Vance is a spiritual force, teaching Junuh not only about the game, but also about life in this beautifully filmed work directed by Robert Redford (ORDINARY PEOPLE, THE HORSE WHISPERER). Jack Lemmon narrates and makes a brief appearance in the film.

22%off
The Greatest Game Ever Played
$11.70 Super Savings
Add to Cart