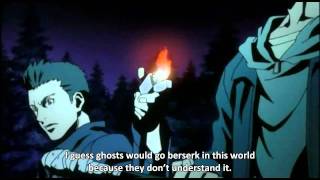 The eighth season of SUPERNATURAL finds Dean (Jensen Ackles) in hot pursuit of Sam (Jared Padalecki) after escaping purgatory. He is shocked to realize Sam opted not to try and rescue Dean; rather, he has decided to live a normal life with his newfound girlfriend, a veterinarian named Amelia (Liane Balaban). Eventually, Sam returns to the cause to help Kevin Tran (Osric Chau), a prophet of the lord, translate the writing on a tablet that contains the instructions to permanently close the Gates of Hell. A twist of fate leaves Sam responsible for completing a series of trials that would close both Heaven and Hell, but the wildcard Metatron (guest star Curtis Armstrong), a former servant of God, has other plans in mind. Meanwhile, Castiel (Misha Collins) struggles to rid himself of Naomi (Amanda Tapping), an angel controlling Castiel from Heaven.