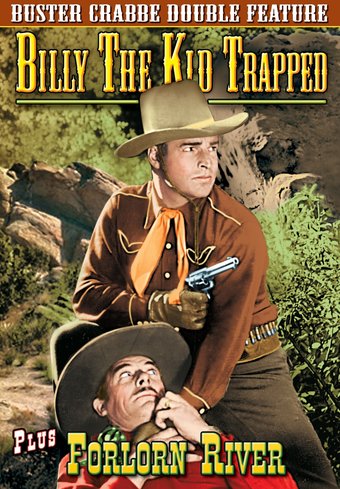 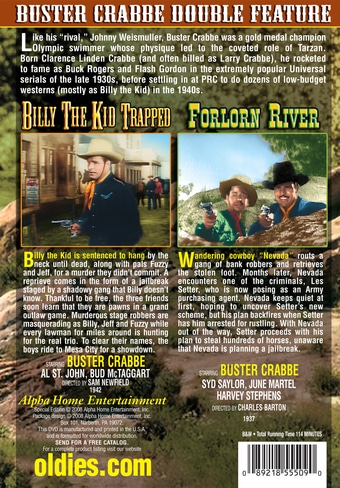 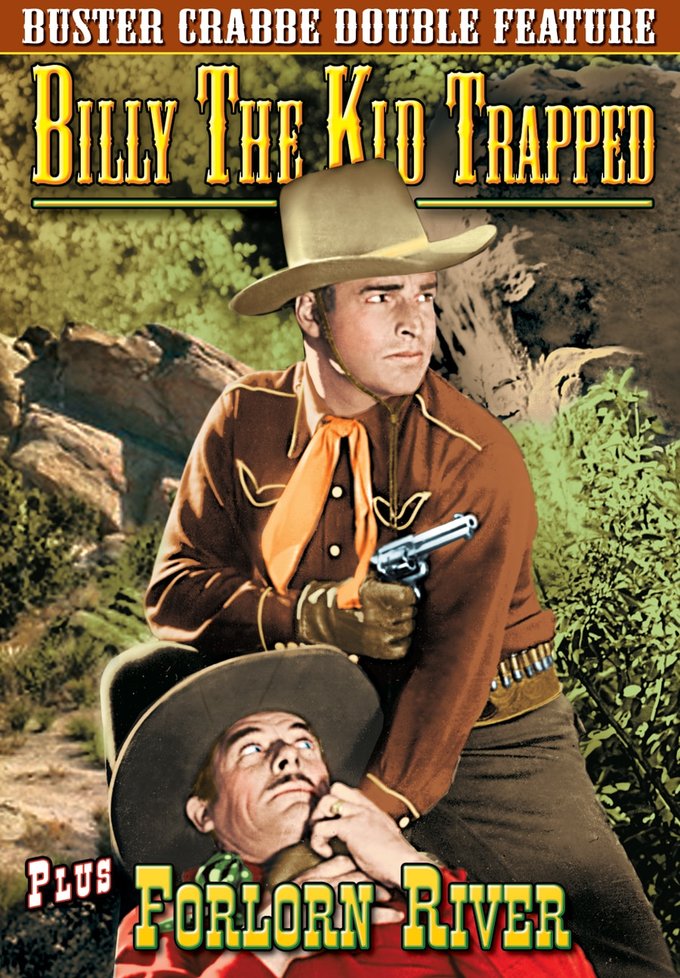 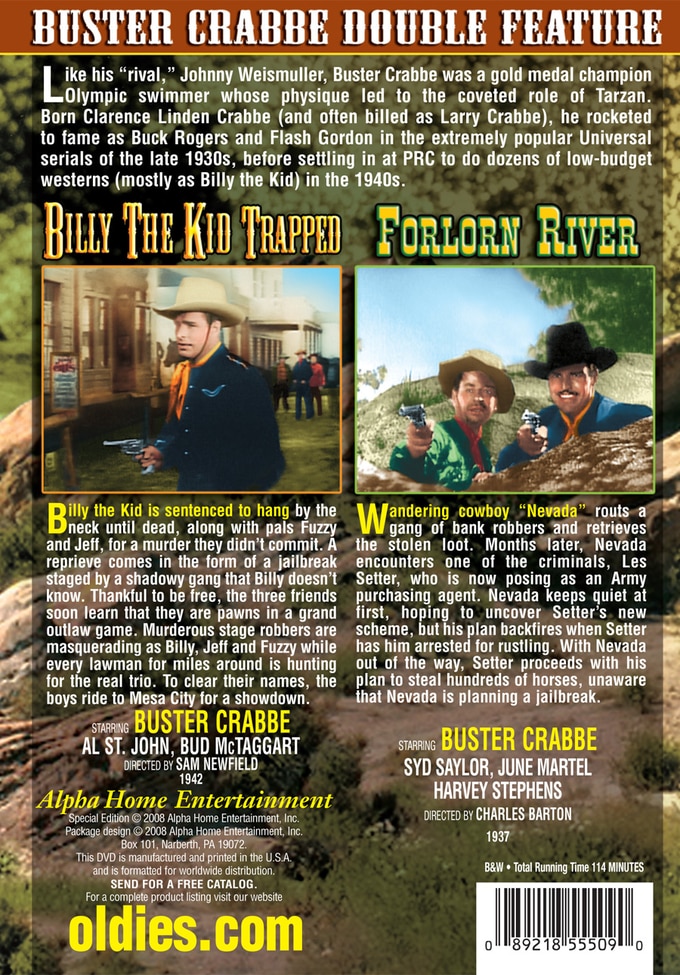 Like his "rival,"Johnny Weismuller, Buster Crabbe was a gold medal champion Olympic swimmer whose physique led to the coveted role of Tarzan. Born Clarence Linden Crabbe (and often billed as Larry Crabbe), he rocketed to fame as Buck Rogers and Flash Gordon in the extremely popular Universal serials of the late 1930s, before settling in at PRC to do dozens of low-budget westerns (mostly as Billy the Kid) in the 1940s.

Billy The Kid Trapped (1942, B&W): Billy the Kid is sentenced to hang by the neck until dead, along with pals Fuzzy and Jeff, for a murder they didn't commit. A reprieve comes in the form of a jailbreak staged by a shadowy gang that Billy doesn't know. Thankful to be free, the three friends soon learn that they are pawns in a grand outlaw game. Murderous stage robbers are masquerading as Billy, Jeff and Fuzzy while every lawman for miles around is hunting for the real trio. To clear their names, the boys ride to Mesa City for a showdown. Stars Buster Crabbe, Al St. John, Bud McTaggart; Directed by Sam Newfield.

Forlorn River (1937, B&W): Wandering cowboy "Nevada"routs a gang of bank robbers and retrieves the stolen loot. Months later, Nevada encounters one of the criminals, Les Setter, who is now posing as an Army purchasing agent. Nevada keeps quiet at first, hoping to uncover Setter's new scheme, but his plan backfires when Setter has him arrested for rustling. With Nevada out of the way, Setter proceeds with his plan to steal hundreds of horses, unaware that Nevada is planning a jailbreak. Stars Buster Crabbe, Syd Saylor, June Martel, Harvey Stephens; Directed by Charles Barton.

BILLY THE KID TRAPPED: Billy and his buds are blamed for a crime committed by look-alikes. But just before their necks hit the noose, their gang rides to the rescue.

FORLORN RIVER: After busting a bank robbery, a law-abiding cowboy finds himself framed by one of the outlaws who is posing as a government agent.
This product is made-on-demand by the manufacturer using DVD-R recordable media. Almost all DVD players can play DVD-Rs (except for some older models made before 2000) - please consult your owner's manual for formats compatible with your player. These DVD-Rs may not play on all computers or DVD player/recorders. To address this, the manufacturer recommends viewing this product on a DVD player that does not have recording capability.