Spin: "Janelle Mon e boasts so much shape-shifting talent that she had to invent an android persona just to begin to accommodate it." 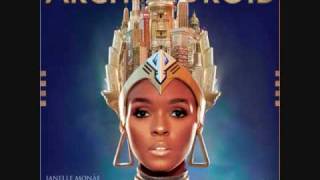 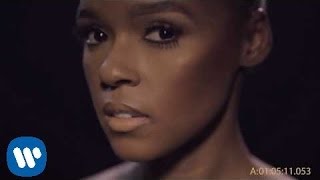 Rolling Stone - p.78
3.5 stars out of 5 -- "[O]n ferocious songs like 'Come Alive' and the manic neojump blues 'Tightrope', Mon e's charisma and energy are so forceful that the jumble makes perfect sense."
Spin
"Janelle Mon e boasts so much shape-shifting talent that she had to invent an android persona just to begin to accommodate it."
Uncut - p.34
Ranked #43 in Uncut's "The 50 Best Albums Of 2010" -- "[A] hyperactive conceptualist who drew on Bowie and musical theatre as much as Outkast..."
Billboard (p.37) - "[A] sprawling journey of futuristic pop....Throughout the set, sweeping and prancing strings add beauty and drama to a vibrant storyline that centers on love."
Mojo (Publisher) - p.53
Ranked #30 in Mojo's "The 50 Best Albums Of 2010" -- "A breathtaking collision of mutant R&B, indie-pop, lysergic psych-rock, hip hop and classical music."
Paste (magazine) (p.84) - "THE ARCHANDROID is a fully immersive, theatrical experience. It's a near-perfect R&B album; hell, it's a fantastic hip-hop, psychedelic, neo-soul, dance and orchestral album too."
Pitchfork (Website) - "The first listen is mostly about being wowed by the very existence of this fabulously talented young singer and her over-the-top record; every subsequent spin reveals the depths of her achievement."

Liner Note Author: Max Stellings.
Photographer: Andrew Zaeh.
Janelle Mon e's first proper release for Bad Boy contains the second and third suites to her Metropolis, introduced in 2007 with an independently released EP (which Bad Boy reissued in 2008). The ArchAndroid is a natural extension of the retro-futuristic singer's earlier material, an energetic mix of soul and new wave led by "Tightrope," a single featuring OutKast's Big Boi, her earliest supporter.

30%off
Jidenna
The Chief
$7 CD Sale
Add to Cart