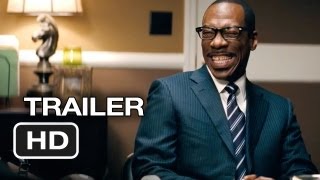 The workers at a posh Central Park condominium plot to steal back their pensions from the thieving Wall Street billionaire who's about to get away with the ultimate white-collar crime in this heist comedy starring Ben Stiller and Eddie Murphy. Financial giant Arthur Shaw (Alan Alda) has just been placed under house arrest in his luxury New York City penthouse for cleaning out his investors to the tune of two billion dollars. Meanwhile, on the complete opposite end of the financial spectrum, Josh Kovacs (Ben Stiller) earns a modest living as the manager of The Tower -- the luxurious building where Shaw resides. Upon learning that the building staffers who entrusted Shaw with their retirement funds are about to lose their life savings, and that the thief will likely get off scot-free, Josh convinces a small group of Tower employees and a downtrodden former resident that Shaw has stashed a million-dollar safety net somewhere in his opulent penthouse, and that it's theirs for the taking if they can just slip past security. With dim-witted concierge Charlie (Casey Affleck), under-educated electrical engineer Enrique (Michael Peña), safecracking maid Odessa (Gabourey Sidibe) and downtrodden former resident Mr. Fitzhugh (Matthew Broderick) to back him, Josh recruits crafty swindler Slide (Eddie Murphy) to help get their money back. Although the security in Arthur's condo is unusually tight, between Josh's knowledge of the building and Slide's sleight of hand, this ragtag gang of thieves just might have what it takes to get the job done.

The Other Guys (Unrated)
$6.50 Super Savings
Add to Cart