Wooden Shjips Back to Land 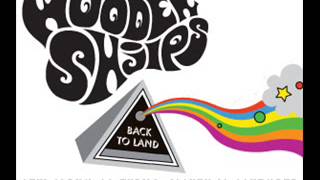 Wooden Shjips Back To The Land (Music Video) 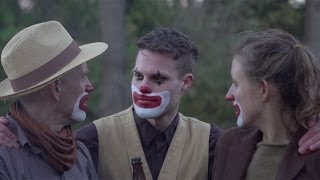 Mojo (Publisher) - p.86
4 stars out of 5 -- "'These Shadows' has an exquisite, near-Mazzy Star dreaminess....These Wooden Shjips, however unchanging, even conservative, are becoming increasingly irresistible."
Paste (magazine) - "BACK TO LAND finds one of the more seasoned practitioners of cosmic rock coolness feeling their hidden Harvest side creep up ever closer."

Audio Mixer: Larry Crane .
Recording information: Jackpot! Recording Studio, Portland, OR (05/2013).
Somewhere between 2011's West and 2013's Back to Land, members of the Bay Area psych rock act Wooden Shjips left their picturesque home base of San Francisco for the rainier environments of Portland, Oregon. Wooden Shjips' identity had always been somewhat rooted in their place in the San Francisco scene, going so far as to have an aerial photo of the Golden Gate Bridge adorn the cover of West. Growing out of their new, cloudier surroundings, the fuzzy, understated psychedelic boogie rock and mystical acoustic dreaminess of Back to Land don't sound decidedly more steeped in Northwestern dreariness and contemplation, but there is a noticeable shift toward more introspective songwriting and less jagged textures. The laid-back grooves of tracks like "Ruins" and "Servants" bring dark and spaced-out sheets of guitar into the forefront as singer Ripley Johnson's echo-drenched and muttering vocals ride the droning waves. Repetitive rhythms from the Mo Tucker school of drumming have always been a trademark for the band, but Back to Land speeds up the pace at times without falling into pitfalls of overplaying, with tightly locked organ and guitar riffs on faster tracks like "Ghouls" or the maraca-fueled push of "In the Roses." The true standout track and clearest nod to a Portland-bred feel on Back to Land is the dusky wandering daydream of "These Shadows." One of the more acoustic-leaning songs the band has offered up, the tune is somewhere between the low-lit majesty of Mazzy Star and the early morning blurriness of the third Velvet Underground album, with far more guitar solos than either. It's a gorgeous breath of fresh air between the more brash and unhinged tunes. The overall pace, sequence, and vibe of Back to Land finds the Shjips teetering on the edge of classic rock mania with enough restraint to keep things minimal, mystical, and interesting throughout. ~ Fred Thomas

Wooden Shjips
Back to Land
$19
Add to Cart