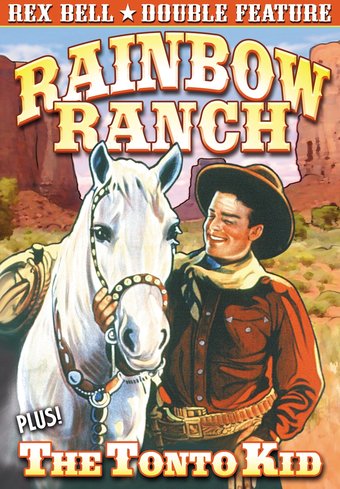 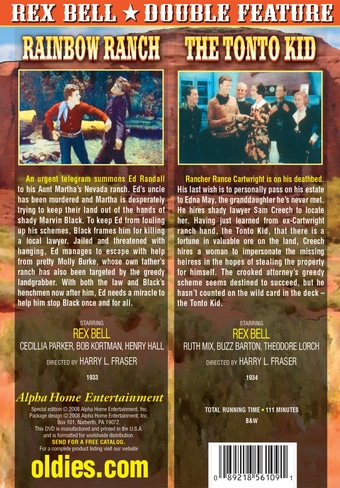 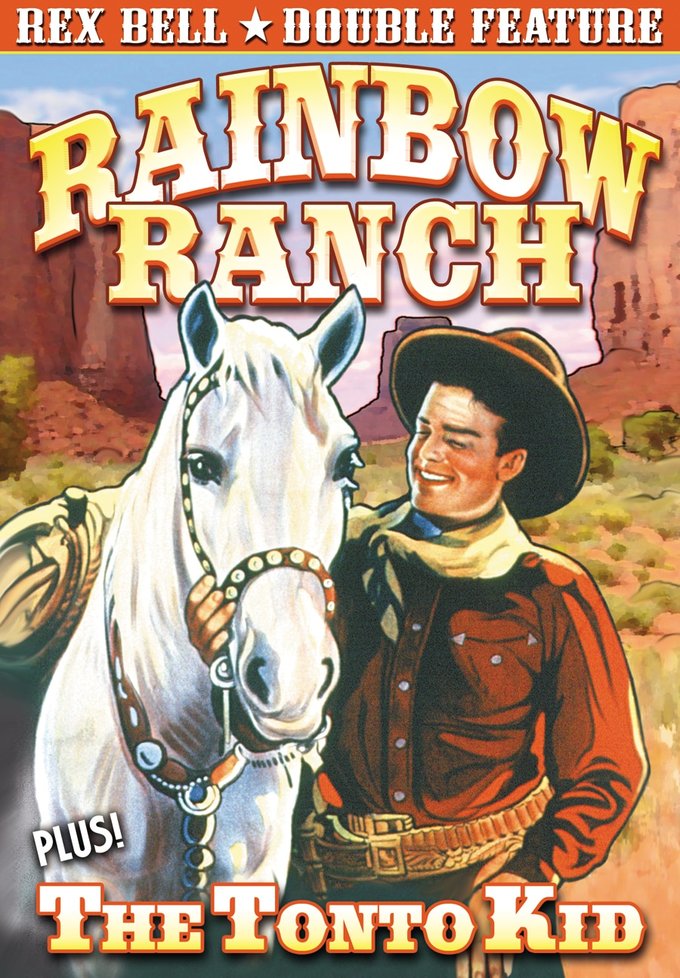 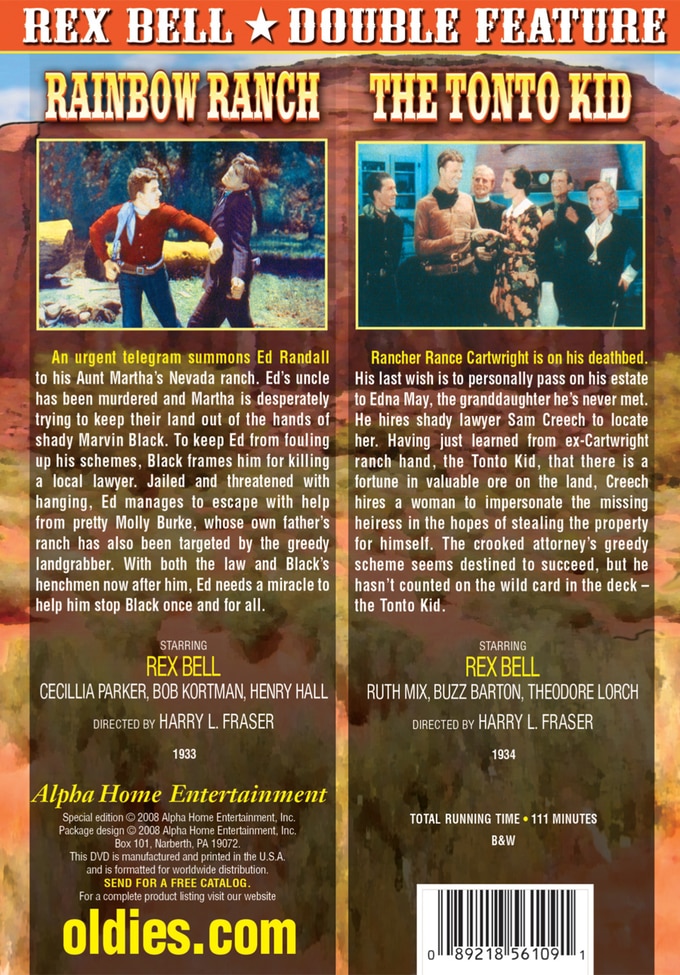 Rainbow Ranch (1933, B&W): An urgent telegram summons Ed Randall to his Aunt Martha's Nevada ranch. Ed's uncle has been murdered and Martha is desperately trying to keep their land out of the hands of shady Marvin Black. To keep Ed from fouling up his schemes, Black frames him for killing a local lawyer. Jailed and threatened with hanging, Ed manages to escape with help from pretty Molly Burke, whose own father's ranch has also been targeted by the greedy landgrabber. With both the law and Black's henchmen now after him, Ed needs a miracle to help him stop Black once and for all.

The Tonto Kid (1934, B&W): Rancher Rance Cartwright is on his deathbed. His last wish is to personally pass on his estate to Edna May, the granddaughter he's never met. He hires shady lawyer Sam Creech to locate her. Having just learned from ex-Cartwright ranch hand, the Tonto Kid, that there is a fortune in valuable ore on the land, Creech hires a woman to impersonate the missing heiress in the hopes of stealing the property for himself. The crooked attorney's greedy scheme seems destined to succeed, but he hasn't counted on the wild card in the deck - the Tonto Kid.

Action | Cowboys | Corruption
This product is made-on-demand by the manufacturer using DVD-R recordable media. Almost all DVD players can play DVD-Rs (except for some older models made before 2000) - please consult your owner's manual for formats compatible with your player. These DVD-Rs may not play on all computers or DVD player/recorders. To address this, the manufacturer recommends viewing this product on a DVD player that does not have recording capability.