In their hands, a deck of cards was the only thing more dangerous than a gun. 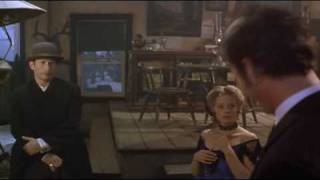 An updating of the classic Western TV series MAVERICK, this comic oater finds our fast-talking, hard-gambling hero surviving many adventures while trying to come up with enough money to play in a high-stakes poker game. Penned by William Goldman with music by Randy Newman. Academy Award Nominations: Best Costume Design.

Bret Maverick, that charming, amoral gambler of TV fame, is back, and still wreaking comic havoc wherever he goes.
Maverick's out to compete in the Three Rivers Poker Championship, but he's got one small problem: he still needs another three grand for the entrance fee. Soon he's donning disguises, fighting Indians and holding up hooligans... doing anything he must to get that cash.

Quigley Down Under (Blu-ray)
$18.90 Super Savings
Add to Cart