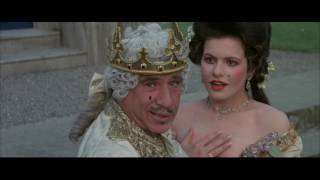 HAROLD AND LILLIAN: A HOLLYWOOD LOVE STORY official US trailer

New York Times - 04/27/2017
"Like flipping through misplaced leaves in a photo book, the documentary maintains a free-flowing tone as it uncovers the work that went into creating some of the indelible scenes in Hollywood history."
Los Angeles Times - 05/11/2017
"[T]he doc chronicles not just their mutual adoration and respect, but also Hollywood’s love for them, and the joy they derived from their work. Their personal story is no less fascinating than their experiences working on hundreds of movies, together and separately..."
RogerEbert.com - 05/12/2017
3 stars out of 4 -- "[A] heartfelt tribute to their hard work, their marriage and their creativity, as if proof that good people and good ideas can come from a business of fantasy that is rarely shown with such sincere warmth."

This documentary celebrates a married couple whose unsung contributions elevated countless Hollywood movies: storyboard illustrator Harold Michelson and film researcher Lillian Michelson. The pair worked on such pictures as THE GRADUATE, WHO'S AFRAID OF VIRGINIA WOOLF', and THE BIRDS.

The Road Movie
$19
Add to Cart