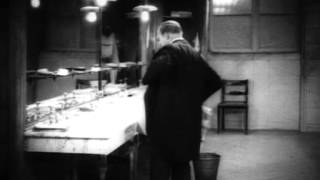 One of the most brilliant of all German silent films, F.W. Murnau's THE LAST LAUGH uses a constantly moving and subjective camera to capture the emotional anguish of a man whose life is suddenly devoid of meaning. Because of his age, an elderly doorman at a hotel finds himself ignominiously demoted to washroom attendant. Particularly galling to the poor man is the loss of his uniform, which gives him pride and prestige. Crestfallen, he spends the day wandering the city, getting drunk and dreaming of suicide, mourning the loss of his dignity, and trying desperately to hang on to a shred of hope.