Jabberwocky: the monster so horrible that people caught the plague to avoid it

21K ratings
Currently Out of Stock: We'll get more as soon as possible
Notify Me When Available
Add to Wishlist
Format:  DVD
sku:  6G23W
Also released as:
Jabberwocky for $17.98
92% recommend us! 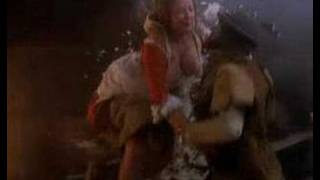 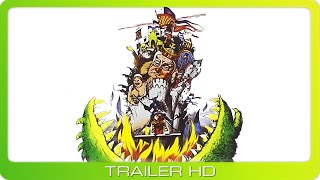 Opening with a quote from Lewis Carroll's classic nonsensical poem, Terry Gilliam's JABBERWOCKY is a darkly comic medieval masterpiece about a monster wreaking havoc on helpless villages. Michael Palin stars as Dennis Cooper, a happy-go-lucky ne'er-do-well stock taker who becomes the unlikely hero in a castle's efforts to defeat the great green beast. The unwitting and pathetic Dennis is in love with Griselda, the farthest thing from a classic princess heroine that film has ever seen. However, she wants nothing to do with Dennis, who is renounced by his father on his deathbed, setting him off on a hysterical adventure that winds up with him facing off against the monster itself. The jousting scenes are particularly funny--and very gruesome, lending the film its seriocomic tone that had the audience somewhat baffled at first, although it's now much loved. The film is a brilliant parody of medieval epics, featuring lavish costumes, a medieval score, and terrific sets. Monty Python regulars Terry Jones and Neil Innes make cameo appearances, as does director Gilliam himself.