Based on the true story of a righteous Canadian Indian fugitive who eluded the Mounties for over a year. 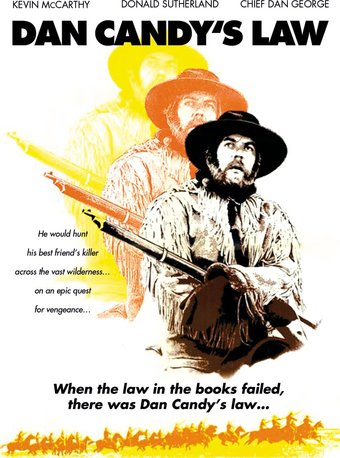 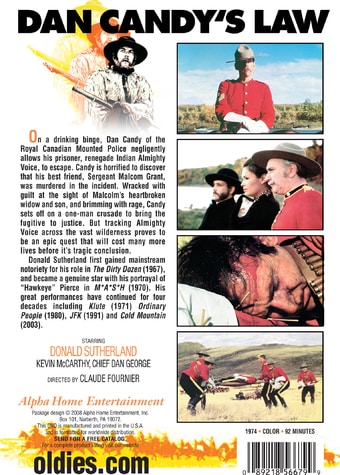 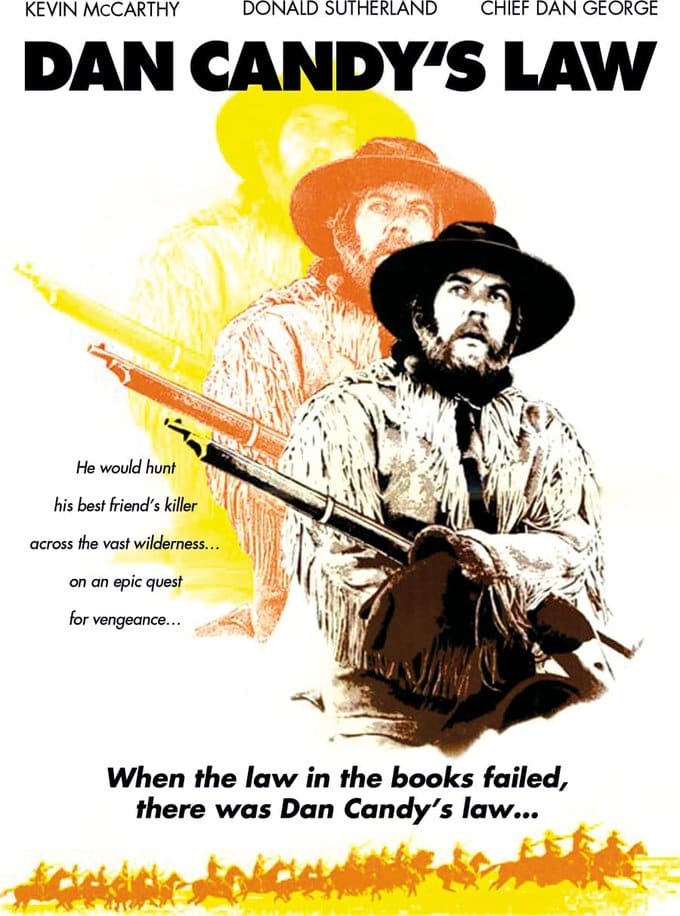 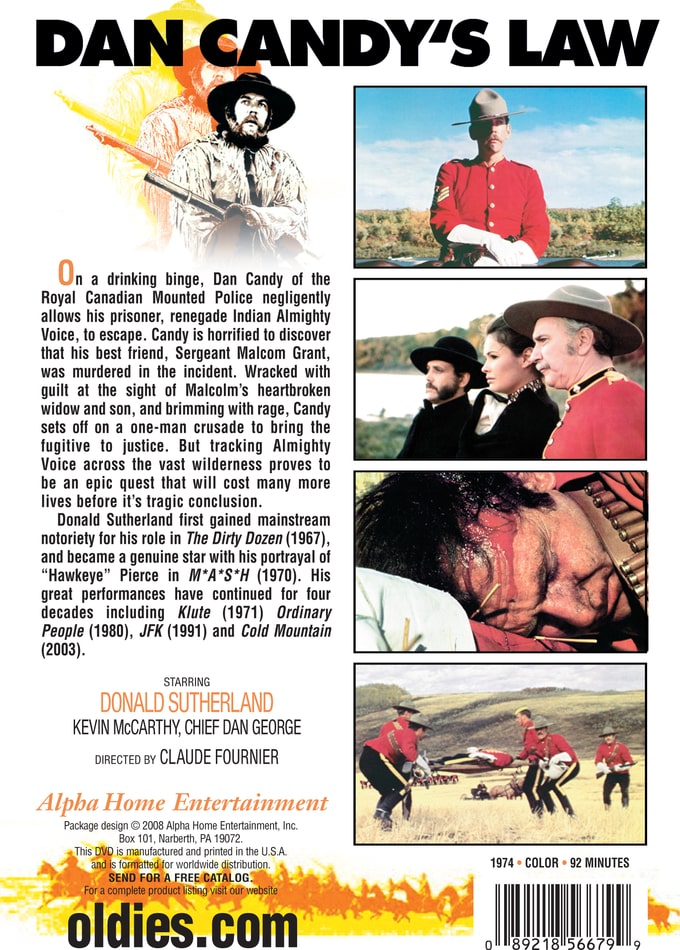 On a drinking binge, Dan Candy of the Royal Canadian Mounted Police negligently allows his prisoner, renegade Indian Almighty Voice, to escape. Candy is horrified to discover that his best friend, Sergeant Malcom Grant, was murdered in the incident. Wracked with guilt at the sight of Malcolm's heartbroken widow and son, and brimming with rage, Candy sets off on a one-man crusade to bring the fugitive to justice. But tracking Almighty Voice across the vast wilderness proves to be an epic quest that will cost many more lives before it's tragic conclusion.

Donald Sutherland first gained mainstream notoriety for his role in The Dirty Dozen (1967), and became a genuine star with his portrayal of "Hawkeye" Pierce in M*A*S*H (1970). His great performances have continued for four decades including Klute (1971), Ordinary People (1980), JFK (1991) and Cold Mountain (2003).

Based on a true story, DAN CANDY'S LAW stars Donald Sutherland as a Canadian officer who embarks on a yearlong search for an Indian fugitive. Ravaged by hunger, a Cree Indian named Almighty Voice (Gordon Tootoosis) is arrested for stealing government livestock. He escapes, but is soon being sought out for a murder. Over the course of the next year, both men are driven by their longing for justice. Part action film, part western, DAN CANDY'S LAW is a testament to the human fight for survival.

Adventure | Indians | True Story
This product is made-on-demand by the manufacturer using DVD-R recordable media. Almost all DVD players can play DVD-Rs (except for some older models made before 2000) - please consult your owner's manual for formats compatible with your player. These DVD-Rs may not play on all computers or DVD player/recorders. To address this, the manufacturer recommends viewing this product on a DVD player that does not have recording capability.