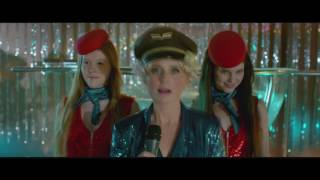 A.V. Club - 02/02/2017
"[A] genre-defying film that blends elements of musicals, horror, romance, and fantasy into a contemporary fairy tale that celebrates the animalistic, the feminine, and the intimate intersections between the two." -- Grade: B
RogerEbert.com - 02/01/2017
"Smoczynska and Bolesto make their heroines' process of self-actualizing as fun as a story about killer mermaids should be."
New York Times - 01/31/2017
"While the sirens in THE LURE exercise and experience an attraction that is sometimes fatal, their adventures are chronicled in a spirit that is more fatalistic than furious."
Variety - 03/07/2016
"As for the decidedly cracked-up shell of the narrative, Robert Bolesto’s script wastes little time in getting to the fun stuff, impatiently leaving matters of characterization and world-building in the shallow end."
Los Angeles Times - 03/02/2017
"[T]he Polish whatchamacallit THE LURE is a woozily entrancing mash-up, shimmying by itself in the corner of the horror-musical canon and sure to earn quizzically appreciative stares from genre enthusiasts...."

After washing ashore in Poland, two mermaid sisters (Michalina Olszanska and Marta Mazurek) are recruited to work in a seedy burlesque club, where they use their sex appeal to manipulate the male patrons of the cabaret. Agnieszka Smoczynska directed this offbeat horror comedy.

Call Her Savage
$19
Add to Cart